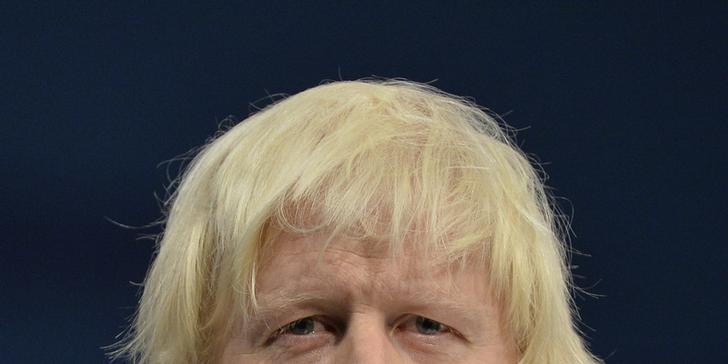 In an imaginary world, Boris Johnson, the mayor of London, has been exiled from the UK for his opposition to Prime Minister David Cameron on membership of the European Union. Luckily for him, though, he hadn’t yet managed to give up his American citizenship. Here’s how he could campaign for the U.S. presidency against Donald Trump, Hillary Clinton and the rest of the field.

You may not yet know me, but I am the only American capable of uniting true libertarians and conservatives while also attracting people who might otherwise vote for Democrats.

That’s why I’ve stepped into the race to become the next president. There’s still plenty of time, and no one should underestimate our strength together.

Unlike Ted Cruz, I was born in the United States – in New York City, to be precise.

My hometown’s chutzpah is also what gives me the strength to one-up Donald Trump in a battle of words. After he claimed police were afraid for their lives in parts of London because of immigrant Muslims, my riposte was: “The only reason I wouldn’t go to some parts of New York is the real risk of meeting Donald Trump.”

Some people have suggested my unruly hair is even more of a vote-grabber than his.

I have a stronger record than any of the candidates in fighting for lower taxes, having single-handedly taken on the Internal Revenue Service when it slapped me with an unwarranted bill for a gain on the sale of a house that wasn’t even in the United States.

I’m anti-Big Government, having spoken out against red tape and silly regulations imposed on individual states by overweening federalist officials – admittedly in the European Union, but it’s the same idea. My stand for British self-determination got me kicked out of the UK.

I’ve served as an elected official – actually in two capacities at once, in parliament and as a mayor – but I have avoided accumulating any Hillary Clinton-style political baggage. I have email accounts for both jobs.

My good friend Mike Bloomberg, formerly New York’s mayor, might join the race. While I greatly admire his wealth, I have real-world experience running a big city, too. And unlike New York’s airports and roads, London’s infrastructure is admired the world over, not the butt of Vice President Joe Biden’s jokes.

I’m a believer in smart – and paid-for – infrastructure spending, like building bike lanes and most of an island for a new airport.

I’m a true outsider. I didn’t attend an Ivy League school (Oxford doesn’t count). The Washington Establishment can bugger off. I can slice through bureaucracy to bring real change, like abolishing those preposterous buses that bend in the middle.

And I’m now a refugee of sorts – essentially an immigrant – myself, and polling suggests I am already taking support from Marco Rubio. Nobody running for the presidency today has my understanding of the complexities of U.S. citizenship.

Lastly, as a former journalist, I am positioned to defeat the insidious liberal media from within. And you have yet to hear me debate with my opponents, in an English accent, and with a vocabulary that will send all of them running for their dictionaries.

With the stakes so high, we can’t settle for anything less than a proven – trusted – conservative, in my case with a small c, with executive experience in the White House. We need your support right away to make this new revolution happen.

Please join our movement and donate now to the “Boris is Our Man” campaign. (Dollars and pounds sterling only – no euros whatsoever can be accepted.)

In liberty and solidarity,

Boris Johnson, the mayor of London and a Conservative member of the UK parliament, is supporting the campaign for Britain to leave the European Union. In a newspaper column on Feb. 22 he laid out his position, which is at odds with that of David Cameron, the prime minister and Conservative leader. Cameron has set June 23 as the date for a referendum on EU membership.

Johnson was born in the United States. According to news reports in early 2015 he paid a six-figure U.S. Internal Revenue Service tax bill related to the sale of a UK property after calling it “outrageous.” Reports at the time said Johnson intended to renounce the American citizenship he held because of his birthplace.