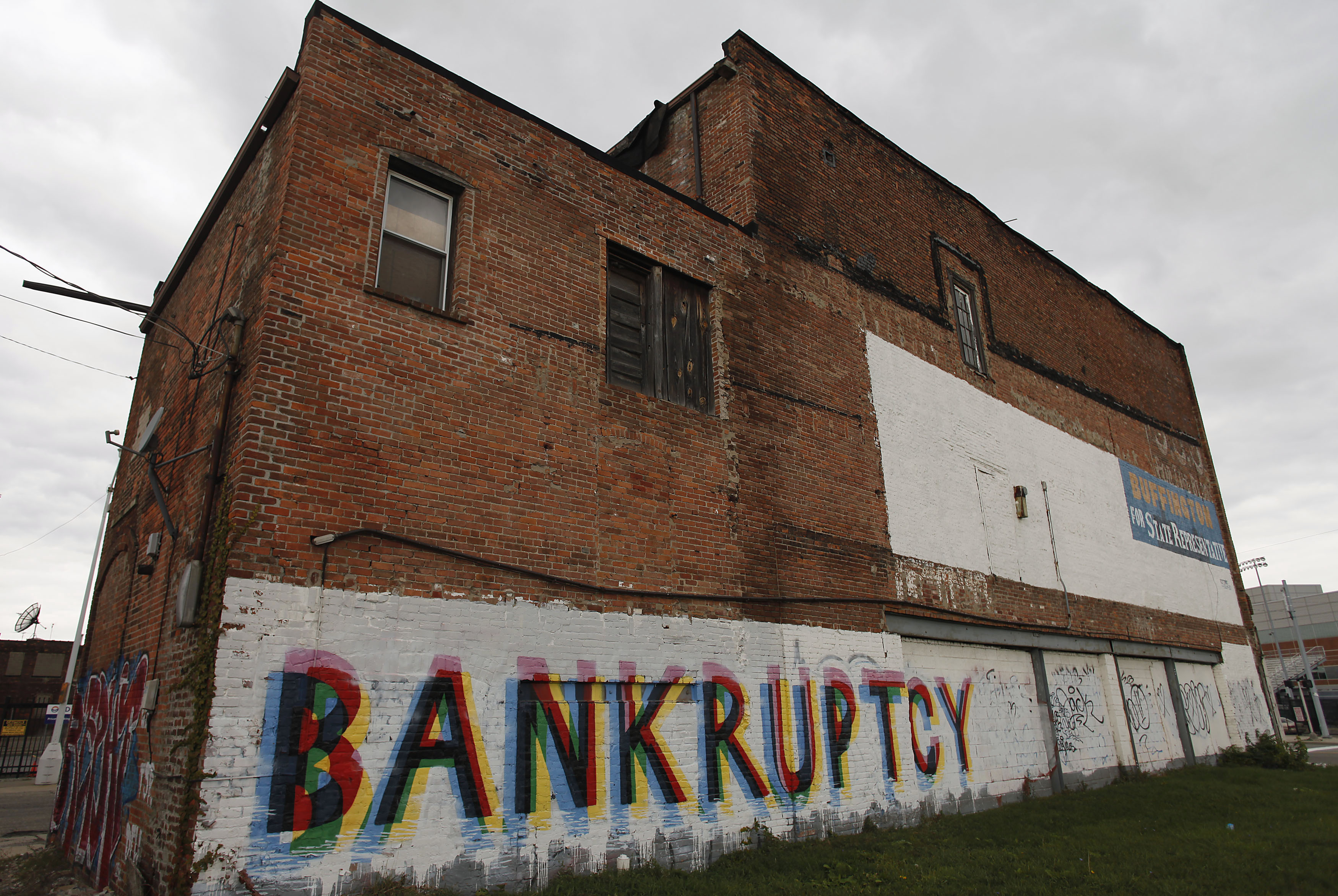 Christie’s says artworks owned by bankrupt Detroit could fetch up to $866 million. But there’s no need to stop there. With 78,000 abandoned buildings and a Banksy tag potentially worth $1 million or more, graffiti could help save the day.

Motor City needs to raise funds where it can, as well as slashing its obligations, if it’s to emerge sustainably from bankruptcy. It’s a controversial idea to sell civic art to fix a financial problem, but it shouldn’t be ruled out – especially when fewer than 3,000 of the items in the 66,000-strong Detroit Institute of Art collection are at issue, at least in the auction house’s initial appraisal.

The top end of the Christie’s estimate amounts to nearly 10 percent of the city’s $11.5 billion of unsecured obligations, as defined by Kevyn Orr, the city’s emergency manager. That’s enough to make a difference, whether to the city’s pensioners or to other creditors. Yet Detroit could try additional creative fundraising ideas.

Take the recent surge in contemporary art prices, which has carried along graffiti maestro Banksy. A mural entitled “Slave Labour” that was removed from a location in London’s Wood Green sold for more than 750,000 pounds ($1.1 million) in June, according to news reports.

If Banksy could be persuaded to daub just 1 percent of Detroit’s empty buildings with scenes worth that much, the total value would match the museum art assessed by Christie’s – and buyers might even pay to dismantle empty buildings so that they could take their purchases away.

Of course that assumes way too much activity for one elusive graffiti artist – even if he fancied a sojourn in Detroit, which has become a magnet for creative types in recent years. Anyway, the supply glut would surely hit prices. But once Orr opens the door to art sales, he can think bigger. With contemporary art wildly popular among the finance set, the well-heeled bosses of the hedge funds which now surely own some of the city’s bonds might even appreciate the chance to bid on a Motown Banksy.

The word "Bankruptcy" is painted on the side of a building in Detroit, Michigan in this October 25, 2013 file photo.

In a preliminary report on Dec. 4, Christie’s said some 2,781 works of art owned by the City of Detroit had a fair market value between $452 million and $866 million. Eleven particularly valuable works account for 75 percent of the total, Christie’s said. The works of art appraised number less than 5 percent of the Detroit Institute of Art’s collection of about 66,000 works.

Kevyn Orr, the emergency manager of Detroit, has stated that the city has some $11.5 billion of what he has defined as unsecured creditors, including holders of the city’s general obligation bonds and former city employees owed pensions and healthcare benefits.

In Orr’s proposal, unsecured creditors as a group would recover only about 20 cents on each dollar owed to them. However, the balance between different creditor groups and the amounts they will receive under any plan to exit bankruptcy are subject to negotiation.