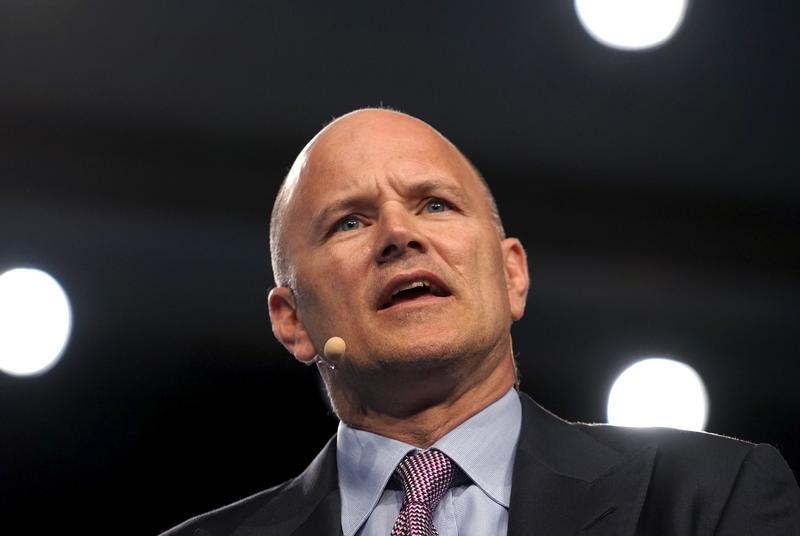 Even though it’s losing a battle and a general, Fortress Investment Group may yet win the war. The alternative asset manager is closing its onetime flagship macro fund and parting ways with firm principal and fund founder Mike Novogratz. It’s a blow for Fortress, which manages $72 billion of funds. But it may not be all bad.

Fortress has lately seemed somewhat besieged, with plenty of noise about the recent dire performance of Novogratz’s fund. Back in 2007 it was a different story, when the firm was the first in a string of initial public offerings of alternative asset managers. Private equity giant Blackstone, for example, followed soon after. The floats minted several paper billionaires, including Novogratz. Shortly after, though, the financial crisis hit.

Some rivals have made Fortress look like a laggard since then. Its stock is about 70 percent below its $18.50-a-share IPO price. Hedge fund firm Och-Ziff Capital Management has had a similarly disappointing ride, but Blackstone shares now trade about 10 percent above their pre-crisis float price.

The macro fund, though, isn’t that important any more. Fortress has spent the past eight years diversifying. Assets have grown 120 percent since the IPO. About 90 percent are now in stickier investments than hedge funds, such as private equity. Fortress has also branched out into more traditional funds. In 2011, it bought Logan Circle Partners, a long-only credit fund manager. Logan Circle’s $30 billion of assets make up more than 40 percent of Fortress’ overall tally.

In theory, that ought to help Fortress’ market valuation, currently about $2.5 billion. Earnings multiples for alternative asset managers typically lag those of, say, mutual fund managers because fees, although larger, are performance-linked and therefore more volatile.

But Fortress trades at about seven times estimated earnings for 2016, using Thomson Reuters data. Giant BlackRock, which has a business not so different from Logan Circle, trades at about 15 times, while Blackstone hovers around 10 times. Even at Blackstone’s multiple, Fortress stock would be worth 40 percent more.

Buying out Novogratz will cost Fortress north of $250 million. But with a man known for flashy suits and outspoken views no longer the center of attention, maybe investors will see the bigger picture.

On Oct. 13, Fortress Investment Group said it would close the Fortress Macro Fund run by the fund’s founder, Mike Novogratz. The company said Novogratz would retire from the firm at the end of the year, and that Fortress would redeem his 56.8 million shares in the firm for $4.50 each, a 17 percent discount to the share price the day before the announcement.

As of June 30, the macro fund had $2.3 billion of assets, or about 3 percent of the company’s $72 billion total, Fortress said.