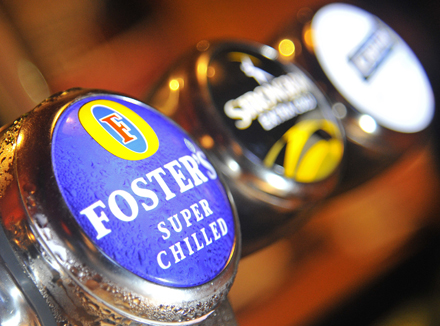 Boozy rows between the Australian and UK brewers are history. Like most hostile M&A, this has turned friendly with a sweetener from SAB. Torrid markets and the absence of rival bidders mean Foster’s has done especially well to extract a punchy $10 bln-plus cash offer.

A Foster's logo is seen on a beer pump at an Australian themed bar in west London.

On Sept. 21, Australia’s Foster’s Group said it had agreed to be bought by SABMiller, the London-listed brewer. The agreed, all-cash deal values Foster’s at A$5.10 a share, plus an A$0.30 cash return, and an already announced $A0.1325 dividend. SAB said it expects the deal to close by the end of 2011.

Foster’s on June 21 rejected an A$4.90-a-share approach from SAB as significantly undervaluing the company. The bid would have been reduced to reflect any dividend payment. SAB went hostile in August, saying it would take an unchanged A$4.90 offer directly to Foster’s shareholders.

Foster’s spun off its wine business, Treasury Wines, into a separately listed vehicle in May. The remaining beer business holds half of the Australian beer market by volume. Its major rival is Lion Nathan, owned by Japan’s Kirin.