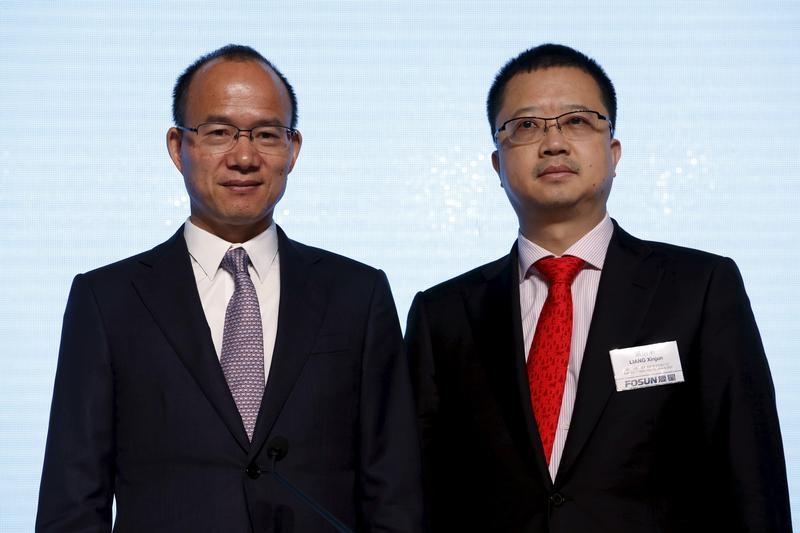 The Chinese conglomerate plans to offload up to $6 bln of assets by end-2017 to shore up its credit rating. Yet it has just unveiled new deals worth one quarter of that. Fosun is saying one thing and doing another. It may also find it easier to buy trinkets than to sell them.

Fosun Group plans to sell as much as 40 billion yuan ($6 billion) in assets between now and the end of 2017, a top executive for the Chinese conglomerate's key holding company said in comments published on Aug. 1.

"We will sell assets to repay debts," Fosun International Chief Executive Liang Xinjun said in an interview with Bloomberg in Shanghai. "We have ample capability to get investment grade ratings. So either strategically, or tactically, Fosun is crystal clear that this has become our strategy," he added.

In the interview, Liang pointed to about 30 billion yuan to 40 billion yuan in assets such as properties, bonds, and stock holdings that could be sold off. Fosun could part with more than that if it chose to because the company had 118 billion yuan of assets available for sale at the end of 2015, of which 102 billion yuan were parked in listed shares and bonds, the interview noted.

The Chinese group is trying to grow into an empire with a market value of $100 billion, Fosun International President Wang Qunbin said in the same interview.