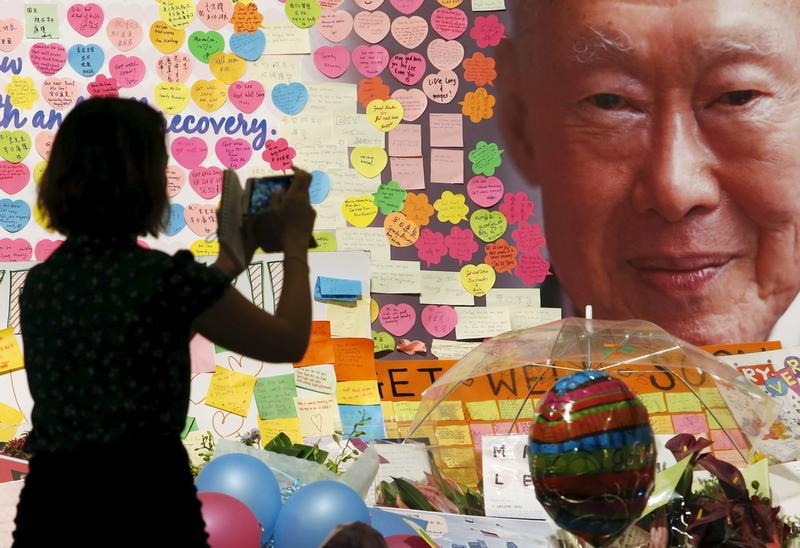 Lee Kuan Yew presided over the making of modern-day Singapore. The city-state’s founding prime minister, who has died aged 91, transformed a tropical island with few resources except a strategically located port into a super-wealthy hub of banking, trading, oil refining and even drugmaking. But for all his undoubted achievements, the nation he leaves behind is far from happy.

Lee’s main feat was making Singapore rich. Between 1965, when the southeast Asian port city began its uncertain journey as an independent nation following its expulsion by Malaysia, and 2011, when the Cambridge graduate retired from his son’s cabinet, income per head jumped 90-fold in U.S. dollar terms. That is far better than any other economy in the region over the same period, even including Hong Kong. And unlike its rival former British colony, which has mainland China at its doorstep, Singapore does not have a hinterland.

Yet as the city-state prepares to celebrate five decades of independence, the population is unsettled. Its 3.3 million citizens, mostly the progeny of Chinese and Indian immigrants as well as indigenous Malay Muslims, are increasingly sceptical about the single-minded pursuit of prosperity exemplified by Lee, whose great-grandfather emigrated from southern China.

As Singapore has somewhat relaxed the suppression of dissent that was the hallmark of Lee’s reign, the government has faced growing questions about the by-products of its growth obsession. These include a wide income gap; repression of local wages by imported foreign workers; overcrowding; and soaring property prices for graduates who doubt they will ever have it as good as their parents.

Today’s better-educated, better-off Singaporeans want their government to loosen its purse strings and stop claiming – as Lee used to – that the state knows best what is good for the people. Even lawmakers from Lee’s own People’s Action Party, which can no longer take its unbroken grip on power for granted, have called for a cuddlier version of capitalism to placate disaffected voters.

There is a risk of the pendulum swinging too far in the other direction. The population is ageing, and the workforce will start shrinking by 2020. For Singapore to strike a balance between being a competitive global city and a caring nation will be the true test of Lee’s legacy.

The Prime Minister’s office said he had died at 3:18 a.m. local time at Singapore General Hospital, where he had been admitted on Feb. 5 suffering from pneumonia.

Singapore’s per capita gross national income grew from $540 in 1965, when it was expelled by Malaysia and became an independent city-state, to $48,630 in 2011, according to the World Bank.

The Prime Minister’s office said he had died at 3:18 a.m. local time at Singapore General Hospital, where he had been admitted on Feb. 5 suffering from pneumonia.

Singapore’s per capita gross national income grew from $540 in 1965, when it was expelled by Malaysia and became an independent city-state, to $48,630 in 2011, according to the World Bank.