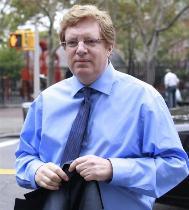 Guy Hands is buying the UK care-homes operator for an enterprise value of 825 million pounds. Private equity’s role in the sector is controversial. But this restructuring-cum-takeover should return Four Seasons to a semblance of financial health.

British financier Guy Hands faces another bruising battle with creditors at another of his firm’s key investments, Deutsche Annington Immobilien.

Terra Firma, the private equity firm, said on April 30 it had agreed to acquire Four Seasons Health Care for an enterprise value of 825 million pounds. Terra Firma, run by chairman and chief investment officer Guy Hands, expects the deal to close on or before July 16.
Four Seasons is Britain’s biggest private operator of care homes, operating 445 residential properties and 61 specialist care centres. It made EBITDA of about 100 million pounds in 2011 and boosted its bed capacity by 40 percent during the year, taking over homes from collapsed rival Southern Cross and acquiring Care Principles, another competitor.
The takeover will be funded partly by equity and partly by new debt, arranged by Goldman Sachs and Barclays. RBS, a major creditor, will reinvest alongside Terra Firma.
Three Delta, a property investor backed by the state of Qatar, bought Four Seasons in 2006. The deal was largely debt financed through a so-called “whole business” securitisation. In September 2009, Four Seasons agreed a debt-for-equity swap that cut its debts from about 1.5 billion pounds to 780 million pounds, giving RBS a stake of about 40 percent. In 2010 lenders agreed to extend debt maturities by two years to September 2012.