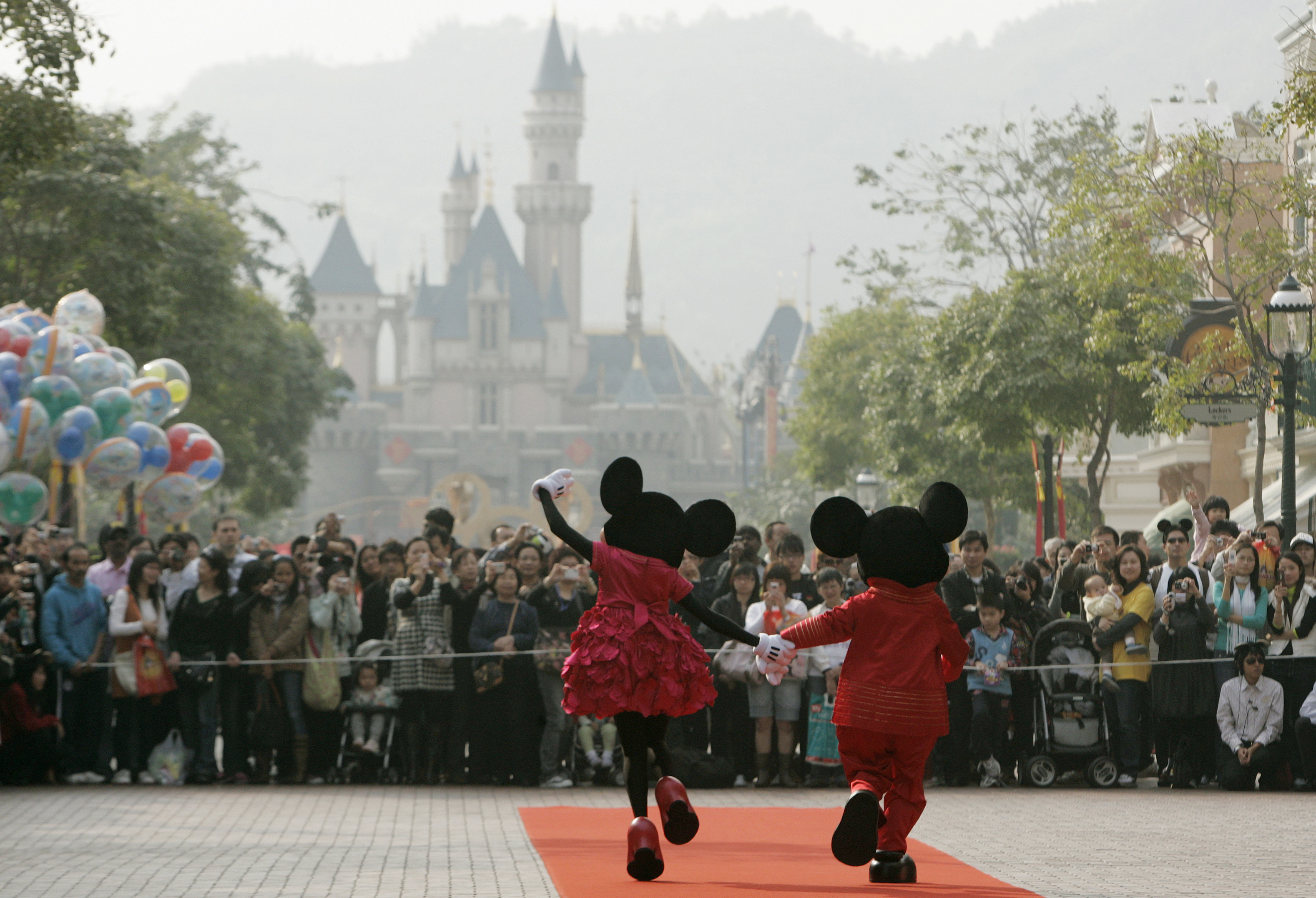 Sinclair has written down the value of sports networks it bought from Walt Disney by over $4 bln. The Magic Kingdom had acquired them in its overpriced carve-up of Rupert Murdoch’s media empire. That leaves a wily Fox, a lucky mouse, and a hapless Sinclair holding the bag.

People dressed as cartoon characters Mickey and Minnie greet visitors with their latest Year of the Mouse costumes at Hong Kong Disneyland January 21, 2008.

Sinclair Broadcast on Nov. 4 reported a $4.2 billion charge as it wrote down the value of sports TV networks it bought from Walt Disney in 2019.

The U.S. broadcaster paid $9.6 billion for the sports channels, which Disney sold to appease regulators as it acquired parts of Twenty-First Century Fox for $71 billion.

Excluding the impairment charge, Sinclair reported $61 million of operating income for the third quarter, $147 million lower than a year earlier.