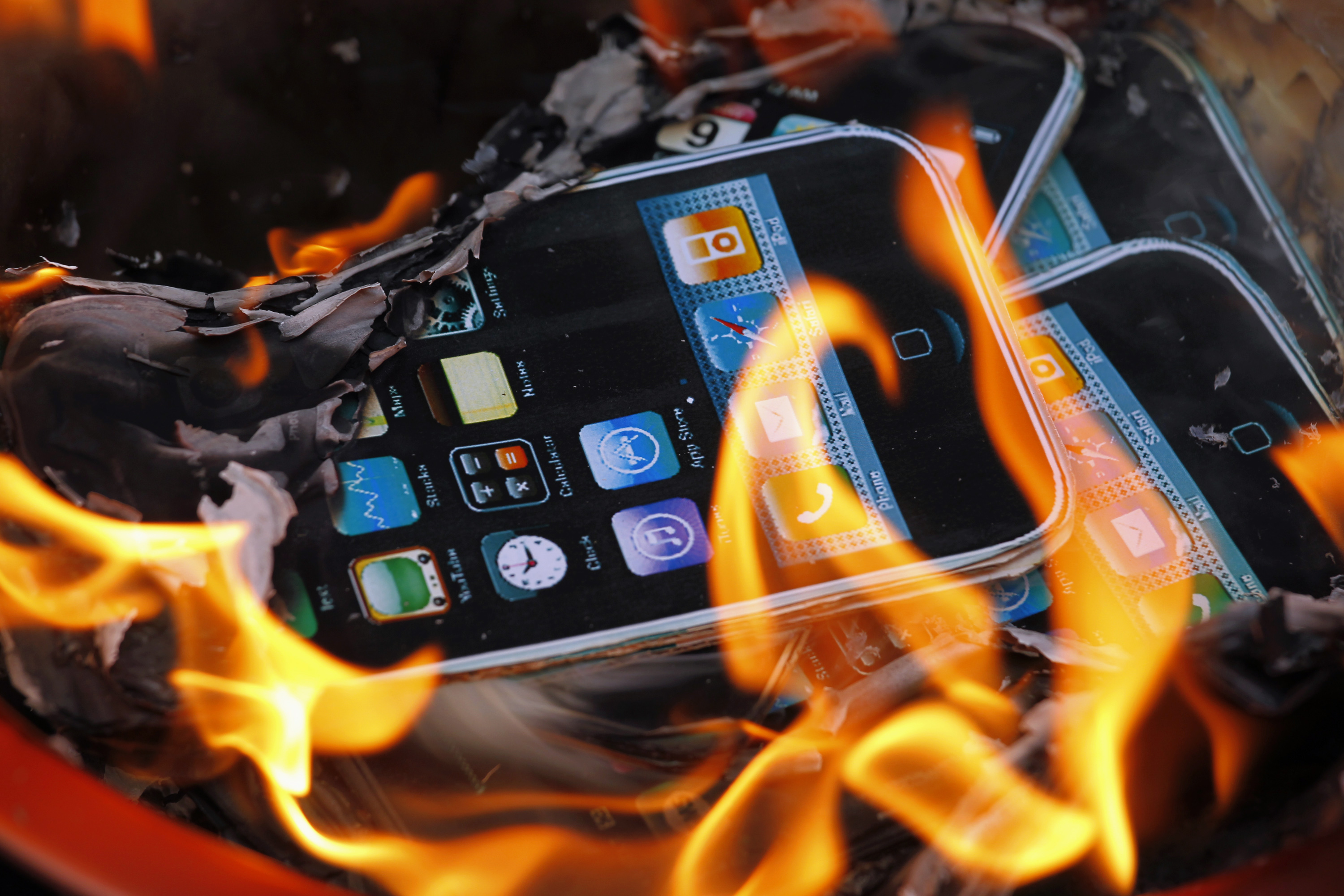 Reports of violence from one of the Apple supplier’s factories conjure up Western prison riots. That’s unfair, but 79,000 migrant workers, excess hours and dependence on a tough employer make a recipe for tension. It’s the dark side of supplying shiny gadgets to the world.

Protesters burn pieces of paper in the shape of iPhones, manufactured by Foxconn, during a demonstration outside a Foxconn office in Hong Kong

Foxconn Technology, which assembles Apple’s iPhones and makes components for top global electronics companies, closed a plant in China on Sept. 24 after about 2,000 workers were involved in a brawl at a company dormitory. Foxconn is the trading name of Taiwan’s Hon Hai Precision Industry.
It was not clear how long the shutdown would last at the plant, which employs about 79,000 people in the northern Chinese city of Taiyuan.
Foxconn does not confirm which of its plants supply Apple, but an employee told Reuters that the Taiyuan plant is among those that assemble and make parts for Apple’s iPhone 5.
Criticism of labor conditions at Foxconn - including factors that contributed to deadly accidents - led to an investigation in March by the Fair Labor Association, sanctioned by Apple, of conditions at three Foxconn locations. The review did not include the Taiyuan factory.
The FLA’s investigation revealed “serious and pressing non-compliances with FLA’s Workplace Code of Conduct, as well as Chinese labor law” including excessive hours during peak production, health and safety issues, poor worker relations, and unfair wage practices - though wages were above legal minimums.