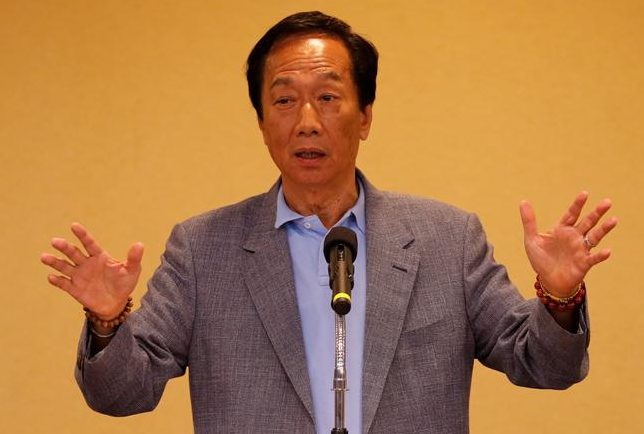 Taiwan’s $32 bln iPhone assembler has missed an opportunity with its first investor day. A management rejig is encouraging, but stops short of a succession plan. Worse, it fails to clarify departing boss Terry Gou’s future role. Shareholders will be left only a little wiser.

Foxconn Technology Group founder and chairman, Terry Gou, speaks during a news conference after his trip to the U.S., in Taipei, Taiwan May 6, 2019.

The company, formally known as Hon Hai Precision, announced a new "operations committee" of nine senior executives, who will be involved in running the daily operations of various Foxconn subsidiaries and units. The committee will include most members from the company's proposed new board.