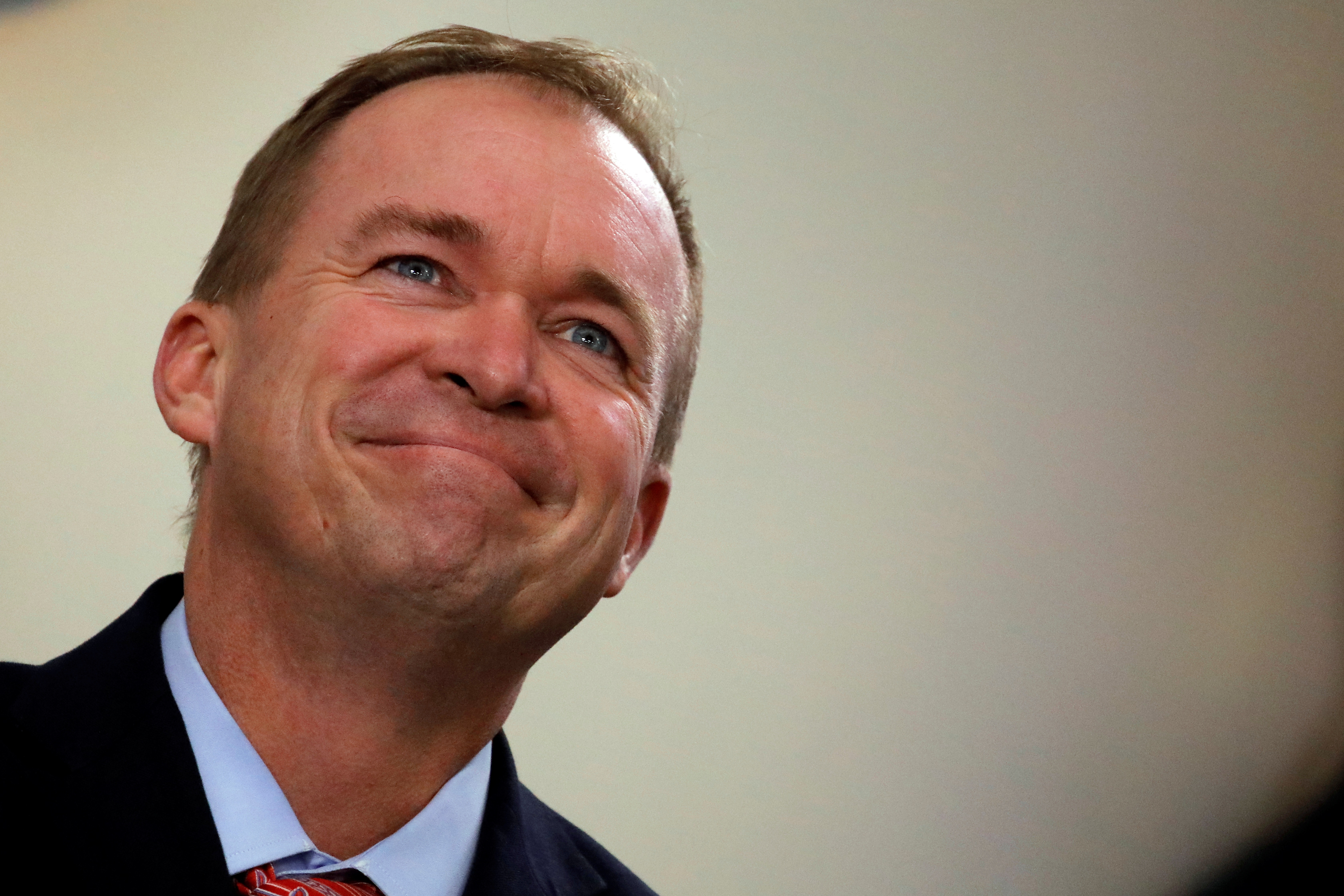 It’s unclear who’s in charge at the U.S. consumer protection agency. The departing Obama-appointed director named his interim successor, as did the White House, provoking a legal fight. But Trump can name a permanent head, and make good on his promise to eviscerate the watchdog.

Office of Management and Budget Director Mick Mulvaney attends the daily briefing at the White House in Washington, U.S., July 20, 2017.

Departing U.S. Consumer Financial Protection Bureau Director Richard Cordray appointed his chief of staff, Leandra English, as acting director of the agency before he resigned on Nov. 24. Shortly afterward, the White House named Mick Mulvaney, the director of the Office of Management and Budget, as the acting director. On Nov. 26, English sued the administration of President Donald Trump in federal court to block the Mulvaney appointment, saying she is the “rightful acting director.”

Senior Trump administration officials said Nov. 25 that the president has the power to appoint an acting director under the 1998 Federal Vacancies Reform Act. The CFPB’s general counsel, Mary McLeod, issued a memo agreeing with the administration. English cites the 2010 Dodd-Frank act, which created the CFPB and states that the agency’s deputy director would temporarily take over when a director departs. Cordray named English as deputy director and said she would become the acting director.