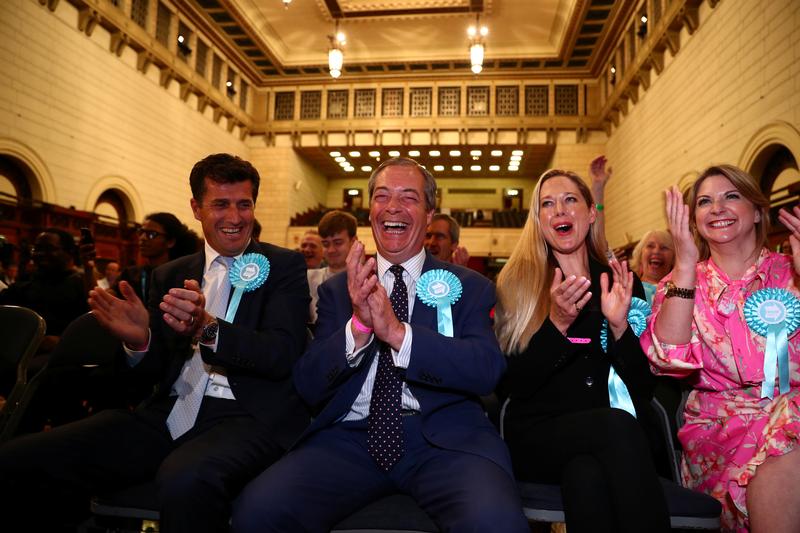 Brexit Party leader Nigel Farage reacts to the results for the European Parliamentary election in Southampton, Britain, May 27, 2019.

Europeans across 28 EU member states voted between May 23 and May 26 to elect 751 representatives to the European Parliament.

Projections showed the League party of Italian Deputy Prime Minister Matteo Salvini, who promoted an alliance of anti-EU parties ahead of the vote, scooped more than 34%, roughly doubling its share of the vote from a 2018 national election.

Provisional results showed the centre-right European People’s Party on 179 seats, 42 fewer than in 2014. The centre-left Progressive Alliance of Socialists and Democrats was set to capture 150 seats, 41 fewer than in the previous election.

However, the alliance of liberal parties is set to become the third-largest group in the parliament with 107 seats, an increase of 40. Green parties added 20 seats to reach 70, helped by a strong performance in Germany, where the party came second with 21% of the vote.