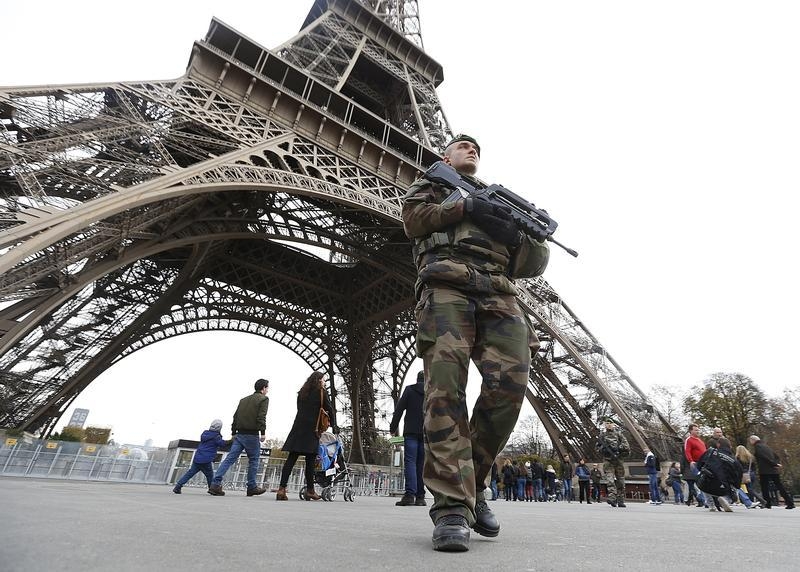 France is bound to miss its European Union budget targets as security spending rises after the Paris attacks of Nov. 13, according to Prime Minister Manuel Valls. It can afford to do so.

Few in Brussels are going to kick up a fuss at France’s announcement that national security trumps Europe’s Stability and Growth Pact. EU budget rules give leeway for extraordinary spending related to severe economic downturns or events beyond a country’s control. The European Commission said on Nov. 17 that budget costs of the migrant crisis will be treated as an exceptional circumstance and also that France could be given leeway on its budget. There is little chance of France being chided by its EU peers for spending more than planned on security after the devastating attacks in its capital.

Financial markets also have remained relaxed as France repeatedly slipped its budget targets in past years. They are very unlikely to exact higher borrowing costs from the euro zone’s second-biggest economy now. The country has surpassed the EU budget deficit threshold of 3 percent of GDP in 11 out of 16 years since the launch of the euro in 1999 and is expected to continue to do so for a few more. The European Commission predicted in October that France would be one of only three euro zone countries, alongside Greece and Spain, to top the EU deficit limit in 2016 and the only member of the euro club to do so in 2017.

Despite this apparent lack of discipline, investors demand a yield premium of only 32 basis points to hold 10-year bonds issued by France rather than comparable debt issued by Germany, which is forecast to run budget surpluses. True, the European Central Bank’s ultra-easy monetary policy and bond purchases have compressed such yield spreads across most of the euro zone. But the credit default swap market retains huge faith in France’s creditworthiness. While the cost of insuring against a French default is a bit higher than Germany’s, which is perfectly normal, the difference has been narrowing.

President Francois Hollande says security justifies breaking budget rules. There might be complications were other, less market-favoured countries to adopt the same mantra. But in France’s case, there is little market cost for playing this card.

French President Francois Hollande pledged on Nov. 16 to increase budgets for security forces and the army. “I consider that in these circumstances, the security pact prevails over the stability pact,” he said, referring to the euro zone budget limits.

French military patrol near the Eiffel Tower the day after a series of deadly attacks in Paris , November 14, 2015.

French President Francois Hollande pledged on Nov. 16 to increase budgets for security forces and the army. “I consider that in these circumstances, the security pact prevails over the stability pact,” he said, referring to the euro zone budget limits.