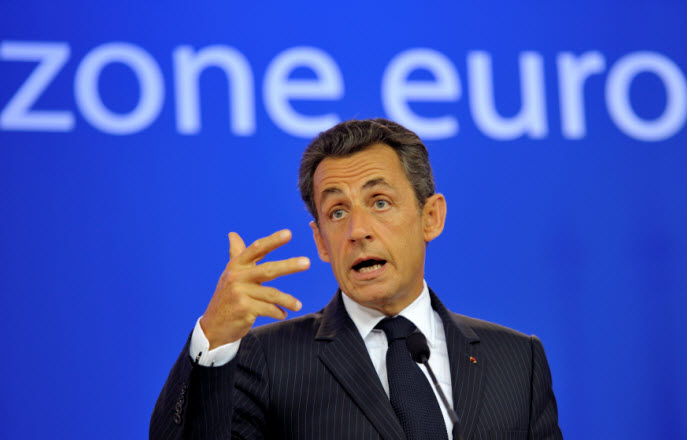 France’s two main political parties have greeted the long-expected Standard & Poor’s ratings downgrade in a depressingly familiar way. The socialist presidential candidate Francois Hollande said that it was Nicolas Sarkozy’s policies, not France, which was downgraded. In return, the French prime minister Francois Fillon suggested Hollande submit his electoral platform to S&P for evaluation. Bickering and escapism are the order of the day, and France is on track to waste what could have been a good ratings crisis.

The downgrade’s consequences will be mostly political and diplomatic. France’s pride will be hurt more than its finances, and its ability to negotiate on equal terms with euro zone über-leader Germany is gone. The country’s sovereign bond yields didn’t move on the S&P decision. First because it had already been priced in, second because French bonds have benefited from investors’ flight to safety since the onset of the debt crisis – the 3.2 percent yield on 10-year paper is still 60 basis points lower than it was in January, 2010.

Still, the downgrade could have been seen by French politicians of all stripes as an opportunity to focus on the country’s economic problems and its poor growth prospects. France is not only falling behind Germany. Once Mario Monti unveils his long-term reform plans, as early as this week, Italy may have a more potent growth-booster.

But instead of laying out their plans for reform, France’s political camps are simply sparring over the right type of austerity. Sarkozy, who foolishly cut taxes five years ago, wants spending freezes. Hollande goes for the old soak-the-rich approach, which he sees as a way to court the radicalised left’s votes in the May presidential election.

After a 37-year uninterrupted string of budget deficits, there’s no doubt that France needs fiscal discipline at last. But unless it undertakes serious reforms, it will be condemned to a death spiral of austerity-fuelled recessions. If none of the main candidates can articulate a clear rationale and a credible plan for economic change, expect a destructively strong showing from extreme parties of left and right in the elections. Then Spring in Paris won’t be pretty.

President Nicolas Sarkozy on Jan. 16 played down the impact of France losing its AAA credit rating with agency Standard & Poor’s, saying the move would not derail France’s plans for reform and budget reduction.
“My deep belief is that it does not change anything,” he told journalists.

President Nicolas Sarkozy on Jan. 16 played down the impact of France losing its AAA credit rating with agency Standard & Poor’s, saying the move would not derail France’s plans for reform and budget reduction.
“My deep belief is that it does not change anything,” he told journalists.