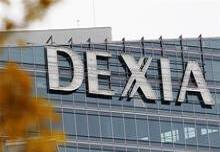 The French government is refusing to renegotiate the 90 bln euro deal to guarantee the stricken Franco-Belgian bank’s debts. With its triple-A rating under threat, this is understandable. But the hardball approach risks putting further pressure on Belgium’s sovereign yields.

France on Nov. 23 moved to quash reports that a deal with Belgium to bail out Dexia could be renegotiated.

Under a deal struck on Oct. 10, the Franco-Belgian bank will be entitled to a 10-year, 90 billion euro guarantee to help it access funding markets. Belgium has to provide 60.5 percent; France is providing 36.5 percent, and Luxembourg 3 percent.

The Belgian government wants France to take a greater share of the guarantee, De Tijd reported on Nov 23. A French finance ministry spokesperson said that the Dexia plan would not be renegotiated. Didier Reynders, the Belgian finance minister, told Reuters that none of the three countries involved was discussing terminating the plan, which he said would be signed off by the European Commission “in the coming days”.

On the National Bank of Belgium’s balance sheet, “Other claims on euro area credit institutions denominated in euros” rose to 19.8 billion euros in October from 2.4 billion euros in September. The central bank refused to confirm or deny whether this represented so-called Emergency Liquidity Assistance for Dexia.

France has limited scope to absorb any new shocks to its public finances without endangering its triple-A status, Fitch said on Nov. 23.