Finn end of the wedge 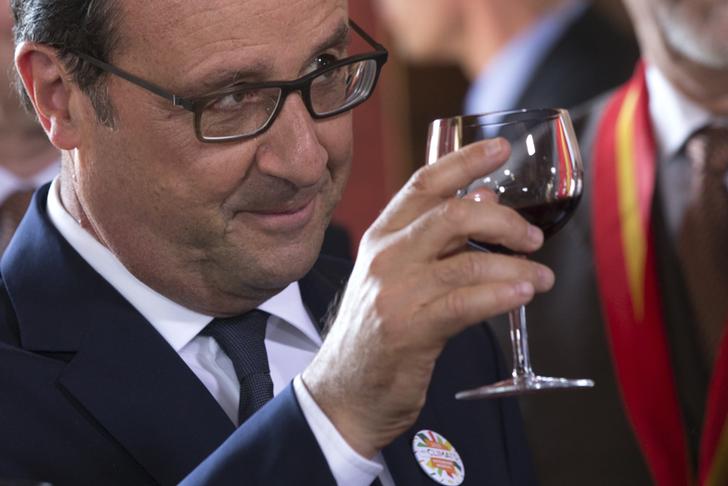 The Nordic country is a step closer to shifting away from centralised wage bargaining. French efforts to do the same are running into problems. True, the Gallic economy hasn’t suffered as much as the Finnish one. But low union membership may be more to blame.

French President Francois Hollande raises a glass for a toast during a Tastevin confraternity induction ceremony at the Chateau Clos Vougeot, in the Burgundy wine region, eastern France, July 23, 2015.

Finland’s umbrella trade union body on March 7 conditionally approved a proposed labour reform deal aimed at boosting export competitiveness in the recession-hit country. It added that the government needed to sweeten the deal with tax reductions. Some of its member unions withheld their endorsement, potentially setting the stage for more negotiations.

Finland plans to trim some benefits by lengthening annual working hours and lowering holiday bonuses, freezing wages, lifting pension contributions for workers and lowering them for employers and gradually shifting away from centralised wage-setting towards more company-level labour deals.

French Prime Minister Manuel Valls said on Feb. 29 that the adoption in cabinet of the draft labour bill, initially scheduled for March 9, would be postponed to March 24. The reform was intended to put almost all aspects of the country’s strictly codified labour relations up for negotiation between employers and unions and make it easier for employers to shed workers.