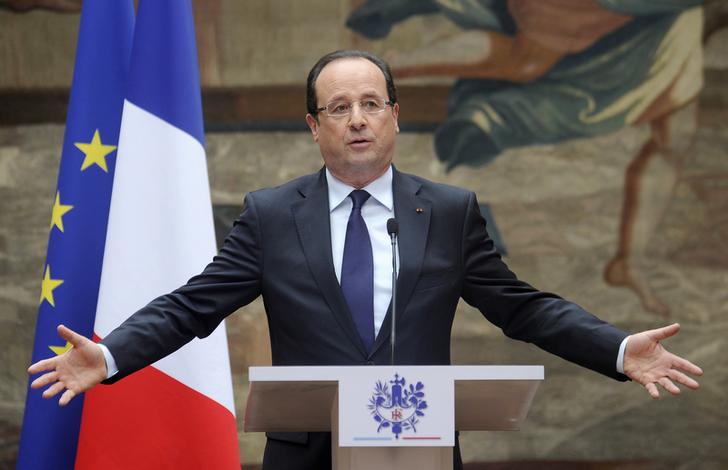 The French government will not meet its target of shrinking the budget deficit to 3 percent of GDP by 2015, according to the European Commission’s latest forecasts. Some voices will again call for the Commission to show some nerve, and dare to discipline one of the EU’s big powers for once. This won’t happen, for political reasons. But it shouldn’t – for economic ones. The only sensible response to the projected higher deficit should be: “so what?”

France’s economy is barely growing again. François Hollande, the Socialist president, looks paralysed and impotent just 18 months after taking office. Businessmen are depressed by the government’s clumsy attempts to tax whatever is still moving, which directly contradict Hollande’s promise of a “tax pause.”

Successive governments did show some fiscal rectitude. While Brussels’ target has been postponed – from 2014 to 2015 to later, maybe – the structural deficit has shrunk by 1 percent of GDP each year since 2010. That is a brutal adjustment. There have been too many tax hikes and too few spending cuts, but the results are there.

The main one is that France’s economy, as the whole euro zone, is reeling from the mindless austerity that served as Europe’s only policy in the last three years. And the Brussels-manufactured recession has made it almost impossible to introduce the reforms the country needs – like liberalising services, or taming the bloated state machine.

Like Spain – another country that will miss its “target” – France needs growth to reform, and reforms to grow further. But it can’t do that in a fiscal straitjacket.

French yields are historically low and the country funds itself at cheaper rates than the UK or the U.S. According to some indicators, the country’s competitiveness has stopped eroding, and it is regaining global market shares at last. A growth-reluctant economy and a weak government are already huge challenges. France doesn’t need an artificial, arithmetic and absurd fiscal target on top.