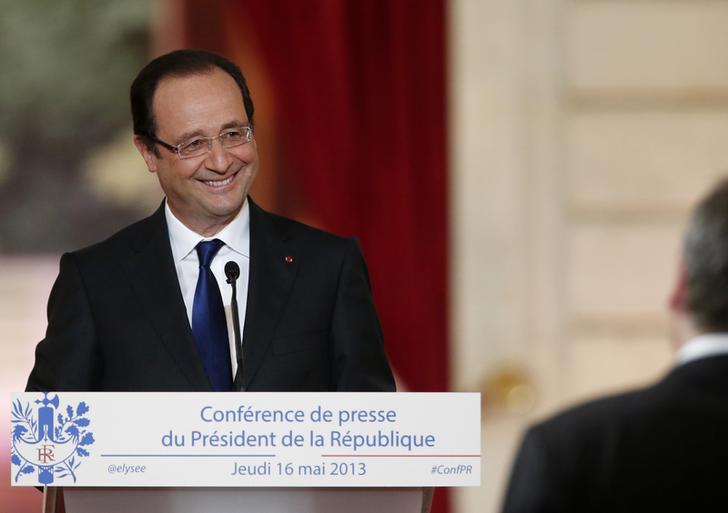 The string of political scandals hitting all French mainstream political parties couldn’t come at a worst time. The economy is in a recession, and fiscal austerity is amplifying the structural weaknesses which developed long before the financial crisis.

Populist parties are on the rise. The far-right National Front is polling at the same level as the two main parties. President François Hollande’s well-meaning attempts at growth-friendly reforms were already facing headwinds. The sorry state of French politics may sink them.

Hollande wasted his first year in office trying for fiscal discipline without reforms. After that failed attempt to meet EU-imposed deficit targets, he seemed to have come up with the right diagnosis at last. He admitted that France had a supply-side problem, offered tax cuts to boost companies’ competitiveness and initiated a sensible if incomplete labour market reform. Then he laid out an agenda to reform family benefits and pensions, while reiterating that the government would remain strict on public spending – now at a euro-zone record of 57 percent of GDP.

France’s messy politics are now taking a toll. The socialists’ claimed the moral high ground. They cannot look tough on tax fraud after Hollande’s budget minister had to resign after several months of lying about the existence of a secret Swiss bank account. The government hopes to make the best out of the Tapie scandal, where judges suspect that key players of the previous Sarkozy administration favoured a deal that handed 400 million euros of taxpayers’ money to shadowy businessman and former convict Bernard Tapie.

Some will remember that Tapie was also a high-visibility minister under François Mitterrand, Hollande’s mentor and distant socialist predecessor. Add to that unsavoury mix the investigation of Nicolas Sarkozy for his 2007 campaign finances, and allegations that his former chief of staff and interior minister diverted cash from the police budget for his own benefit.

The dangerous feeling that “they’re all crooks” is spreading in France. And voters are finding it harder to accept the sacrifice demanded by the same crooks in the name of the greater good of reforming the economy.

French President Francois Hollande replies to questions after his speech at the Elysee Palace in Paris May 16, 2013.

French President Francois Hollande’s popularity was back to record lows in June after inching up in May, according to an Ifop poll carried out for French newspaper Journal du Dimanche.
The survey, published in the newpaper on June 23, showed 26 percent of those interviewed were satisfied with Hollande’s performance, down 3 percentage points, while 73 percent were dissatisfied, up 2 points.
Elected in May 2012, Hollande’s low popularity is lower than almost all previous presidents at the same point in their terms.