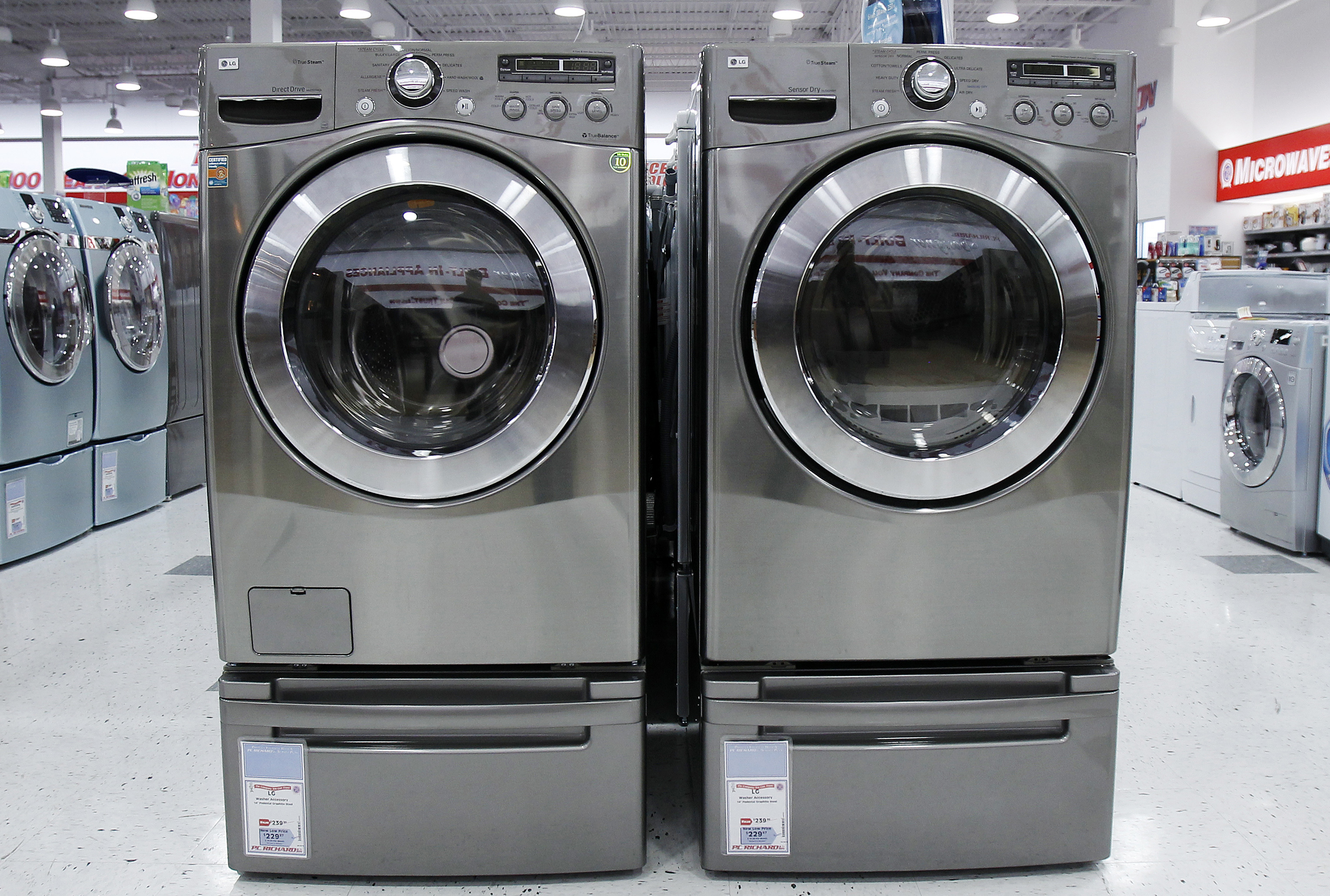 French group Elis is forking out 2.2 bln pounds for struggling UK rival Berendsen. A 45 pct premium secured the support of the target’s board but gives the buyer a measly 6 pct return on capital. The deal only creates value if the new owner has a plan to clean up its purchase.

Washers and dryers are seen on display at a store in New York July 28, 2010. Durable goods in June posted their biggest fall in nearly a year and defy predictions of a rise. REUTERS/Shannon Stapleton (UNITED STATES - Tags: BUSINESS) - RTR2GT72

French laundry services group Elis on June 7 said it had increased its offer for UK peer Berendsen by 6.4 percent as the companies said they had agreed in principle on key terms.

The new offer values Berendsen at 2.2 billion pounds ($2.85 billion), or 1,250 pence per share, representing a premium of about 45 percent to the stock's closing price before Elis first announced its offer last month. At that time, Berendsen rejected a revised 2 billion pound offer by Elis, saying it did not reflect the value being added by a planned expansion.