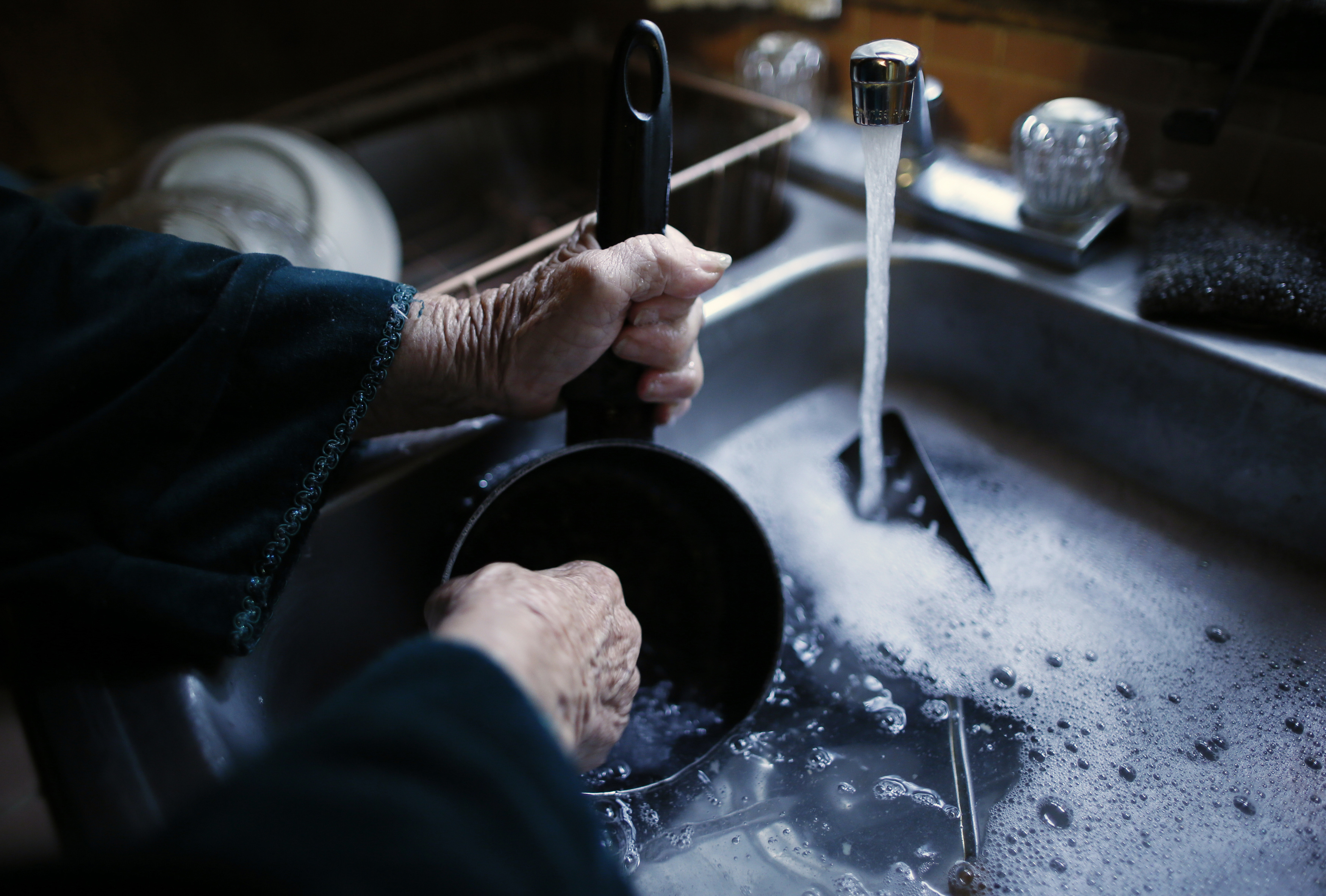 Suez is selling a fifth of its stateside unit to pension manager PGGM for 30 times earnings. The $601 mln transaction looks even pricier than the takeover battles for two other U.S. water utilities. With asset scarcity making the market frothy, buyers risk ending up high and dry.

Mary Herring, 78, washes dishes in her trailer in which she has lived for 20 years, in Village Trailer Park in Santa Monica, California, July 12, 2012.

Suez on July 26 said it agreed to sell a 20 percent stake in its U.S. water-utility business, Suez Water Resources, to Dutch pension manager PGGM for $601 million. The price values the business at 30 times what the unit earned in 2017. The deal includes 15 regulated water utilities, mostly in the northeastern United States. PGGM has some 215 billion euros ($252 billion) of assets under management.

Also on July 26, SJW Group Chief Executive Eric Thornburg said the company was “very close” to being able to issue its proxy material for its agreed $750 million acquisition of Connecticut Water Service.

Electric utility Eversource is pursuing a competing bid for Connecticut Water, which the target’s board has rejected. Meanwhile, California Water Service has made a $1.2 billion all-cash offer for SJW, which has likewise been rebuffed.