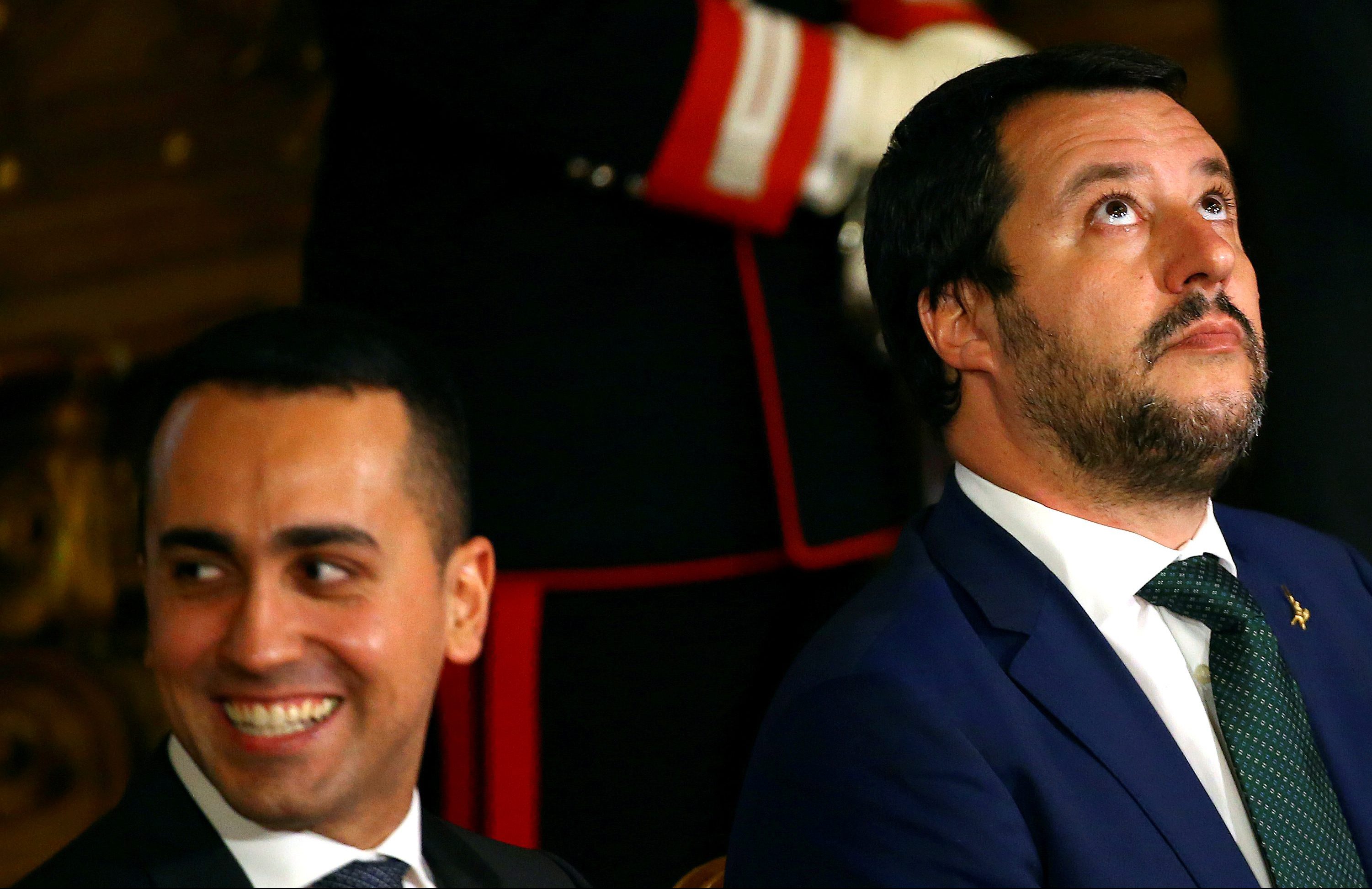 Paris recalled its ambassador in Rome to protest what it called baseless attacks. The fracas may hurt the countries’ ability to present a united front on revamping fiscal rules or bank reform. That would be a costly consequence of short-term electioneering before a European vote.

Interior Minister Matteo Salvini looks on next to Italy's Minister of Labour and Industry Luigi Di Maio at the Quirinal palace in Rome, Italy, June 1, 2018.

France has recalled its ambassador in Rome, the French foreign ministry said on Feb. 7.

“France has been, for several months, the target of repeated, baseless attacks and outrageous statements," the ministry said in a statement. “Having disagreements is one thing, but manipulating the relationship for electoral aims is another.”