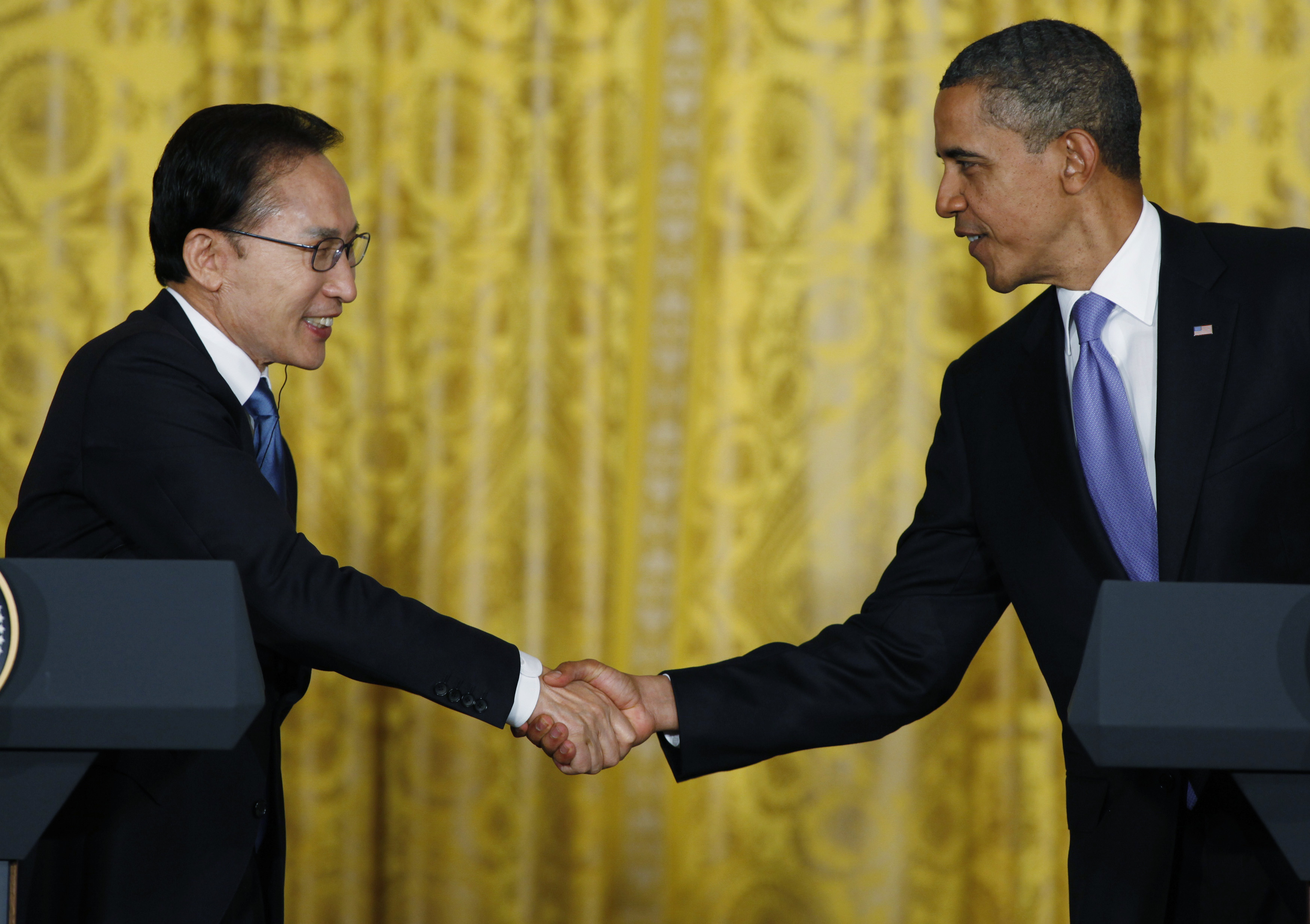 The Obama administration is on a free trade roll; it’s pushing for new deals with Vietnam and Malaysia. But for rich America, freer trade with poor countries creates few new jobs. It may also exacerbate something its citizens are growing to hate: inequality.

U.S. President Barack Obama (R) and South Korean President Lee Myung-bak shake hands during a joint press conference in the East Room of the White House, October 13, 2011. Obama and Lee will bask in the glow of U.S. congressional approval of a long-delayed trade deal and co-ordinate strategy on the North Korean nuclear standoff when they hold talks on Thursday. REUTERS/Larry Downing

The United States is aiming to reach the outlines of a trade agreement by mid-November with eight Pacific nations - Australia, Brunei, Chile, Malaysia, New Zealand, Peru, Singapore and Vietnam.

The Trans-Pacific Partnership talks is now the main focus of the U.S. trade agenda following the ratification of bilateral deals with South Korea, Colombia and Panama on Oct. 12.

“With our landmark trade agreement we will bring our nations even closer, creating new jobs for both our people,” U.S. President Barack Obama, said on Oct. 13 during a conference with South Korean President Lee Myung-bak.

Meanwhile, Senate Republicans are planning what they call the “Real American Jobs Act,” which includes initiatives to liberalize trade and lower taxes.

The top 10 percent of U.S. earners have grabbed 95 percent of income growth over the last two decades, according to the Economic Policy Institute.