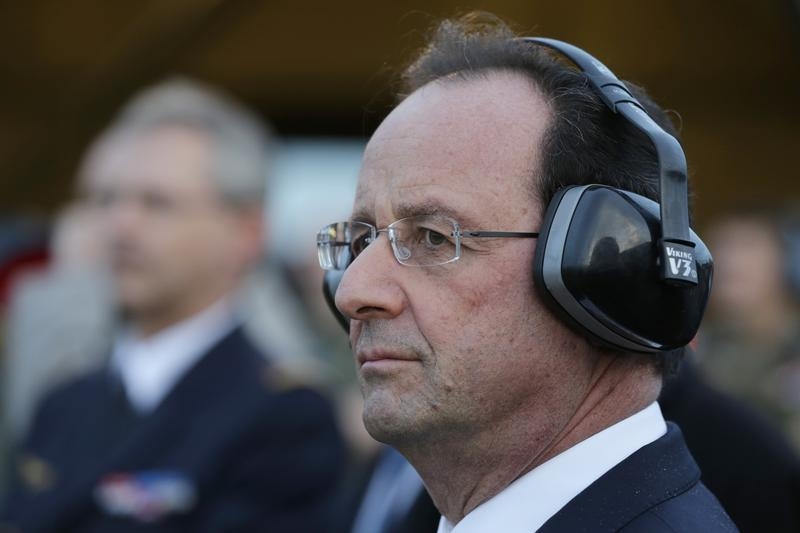 ECB policymaker Benoit Coeuré has an issue with the way top jobs are filled in his native France. He missed out on heading the national central bank. But his critique is spot on. President Francois Hollande could have easily avoided the conflict brewing over this nomination.

French President Francois Hollande wears protection for his ears as he watches a Mirage 2000-5 which taxis out of its hangar during a visit to the Creil military airbase as he presents New Year wishes to the French Army in Creil, near Paris, January 8, 2014. REUTERS/Philippe Wojazer

Benoit Coeuré, a member of the European Central Bank’s executive board who was passed over to head the French central bank, said on Sept. 18 that France is out of date in the way that it chooses top public posts and needs to evolve.

A group of more than 140 economists protested on Sept. 15 against the appointment of an former BNP Paribas banker, Francois Villeroy de Galhau, to head the French central bank, saying it could raise conflict of interest issues.

French President Francois Hollande named Villeroy de Galhau on Sept. 8 as the successor to Bank of France Governor Christian Noyer, who retires at the end of October. Villeroy de Galhau was one of two chief operating officers at France’s largest commercial bank until April, when he stood down to write a government report on financing corporate investment.