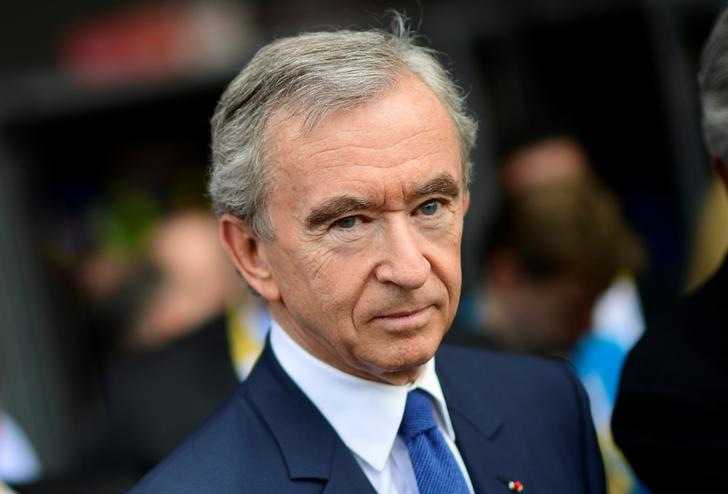 If it takes a raider to know one, Arnaud Lagardere is doubly in the know. Bernard Arnault, the French luxury tycoon who tried unsuccessfully to shoehorn Hermes International into his LVMH empire, is helping the eponymous owner of Paris Match fend off an activist by snagging 25% of the Lagardere family’s holding company. Vivendi’s Vincent Bolloré raised his stake in the media group to 16%. With such billionaire overcrowding, activist Amber Capital’s long-running bid for better governance risks evaporating.

Arnault’s entry brings a powerful new mogul to Lagardere’s corporate saga. A long-term friend of the family, the chairman of $200 billion fashion conglomerate LVMH agreed to buy for less than 100 million euros a quarter of indebted Lagardere Capital & Management, according to Reuters. The deal brings financial respite to Arnaud Lagardere: He will be able to partly repay 164 million euros of debt that Les Echos says the holding owes to Credit Agricole. By shoring it up, he can keep a grip on the $1.9 billion listed media and travel retail company.

Bolloré had offered the Lagardere boss a separate favour. In just a few weeks, he had used Vivendi to build an 11% stake in the owner of publisher Hachette, helping dull Amber’s attempt to oust Lagardere’s supervisory board at a May 5 shareholder meeting. Vivendi is now closing in on Amber’s 18% stake.

The raiders’ involvement appears uncoordinated, but jumbles Amber’s efforts to improve Lagardere’s dismal investor return via a shake-up. Bolloré, which bought Lagardere shares without consulting the founders, calls Vivendi’s investment friendly and financial. But, as his rows at Italy’s Mediaset and Telecom Italia show, his investments can court controversy. He’s not new to the idea of creeping control.

Arnault instead announced a long-term partnership with the Lagarderes. He could still seek good terms for a commercial deal that gives LVMH access to prime airport retail space managed by Lagardere. That could be done without a takeover, leaving intact the existing limited partnership structure that allows Arnaud Lagardere to control the company with 7.4% of the capital.

Accepting favours from friends like these will, however, come at some future cost for Lagardere. But for the time being, the primary casualty will be Amber’s request for more transparent governance.

Bernard Arnault, the billionaire who controls French luxury giant LVMH, has agreed to buy a stake of around 25% in the holding company of fellow French billionaire Arnaud Lagardere, Groupe Arnault and Lagardere Capital & Management said in a joint statement on May 25.

Lagardere has been locked in a stand off with activist hedge fund Amber Capital, which owns 18% of the French publishing and media group’s shares.

Activist fund Amber has repeatedly criticised the French publisher and recently tried to oust its supervisory board.