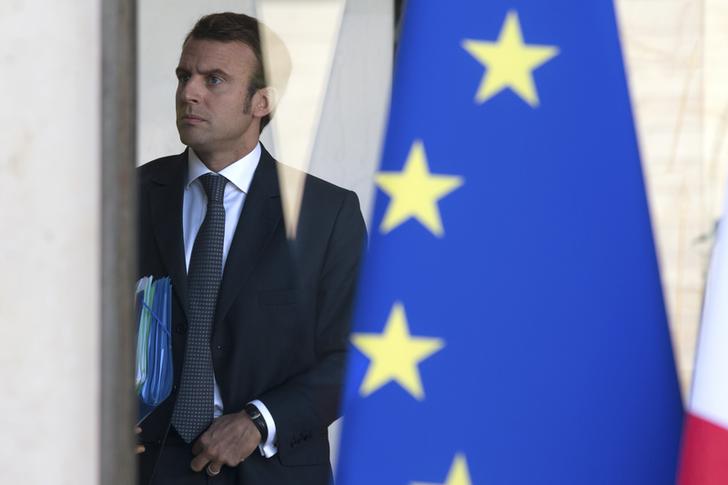 In most Western countries, a lawyers’ strike would just provide fodder for stand-up comics. In France, where strikes are taken seriously, it is a sign that the government must be doing something right – taking on an entrenched interest group.

Economy Minister Emmanuel Macron is indeed pushing for a partial deregulation of some services. His stated aim is to “remove the locks” restraining the French economy. Many locks will remain after his bill is passed – even if it is not watered down by a hostile Parliament.

Macron is also trying to convince France’s euro zone partners that he is serious about so-called “structural” reforms – so they can accept some leakage on the fiscal front. He will mostly succeed in showing them how tough his job is in a pusillanimous cabinet.

The Macron bill will only have a limited impact on France’s most serious economic problem – high and rising long-term unemployment. It will only marginally boost GDP growth. Allowing shops, if only some of them, to open 12 Sundays a year instead of the current five, or cutting some of the red tape involved in building and construction, are laudable reforms. As are attempts to drive down prices for legal services, or measures to resolve firing disputes faster.

That such modest reforms could raise the ire of the left wing of the ruling Socialists, including some ministers, is a sign of France’s fraught politics. Macron, a former banker, has always been eyed with suspicion by that part of the party. He may have over-sold his reforms. His adversaries are only too happy to claim they are examples of the neo-liberal, all-out deregulation they see threatening France’s joie de vivre.

Macron pretends to offer serious reforms and his adversaries pretend to take him seriously. The perverse, deadlocked dialogue is unlikely to fool France’s partners, chief of all Germany, or to do much to shake France out of its long economic slump.

France’s Socialist government on Dec. 10 proposed a reform bill aimed at “removing the locks that burden the economy,” as Economy Minister Emmanuel Macron, who is spearheading the drive, said.

The bill aims to let shops open more often on Sundays and resolve disputes over firings more rapidly. It also includes plans to deregulate the legal trade and cut red tape for construction. It could yet be watered down by lawmakers angry with President Francois Hollande’s deregulation drive

It is France’s attempt to try and prove to its European Union peers that it is carrying out structural reforms in order to get a new reprieve in March on its missed budget targets and avoid sanctions.