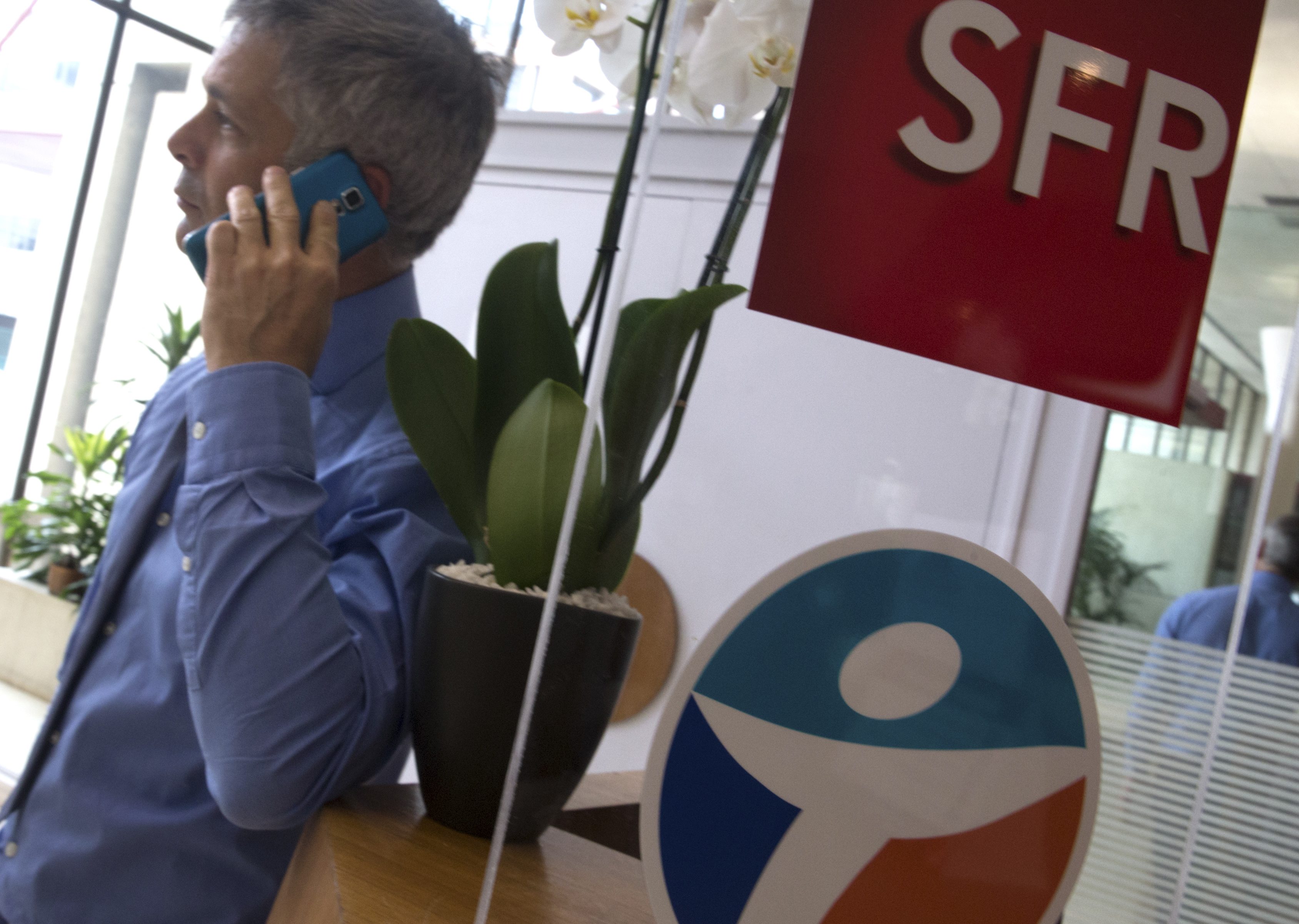 A photo illustration shows a man making a phone call as he stands near logos of French Telecom operators SFR and Bouygues Telecom at the offices of a telecom company in Suresnes near Paris, France, June 23, 2015. REUTERS/Philippe Wojazer - PM1EB6N1E2H01

Shares in telecom group Altice rose by 5.4 percent on April 16 after Bloomberg reported that competitor Bouygues is considering a bid alongside other investors for the French operations of the company founded by Patrick Drahi.

The report said that Bouygues, a French construction and telecoms group whose chief executive and chairman is Martin Bouygues, had held preliminary talks with investors including CVC Capital Partners about the viability of teaming up to buy Altice France.

Bouygues subsequently said it was not in discussions with any other operator.

A spokesman for Altice said separately that SFR, which makes up the bulk of Altice France, was one of the group's essential assets and part of its industrial and long-term project.