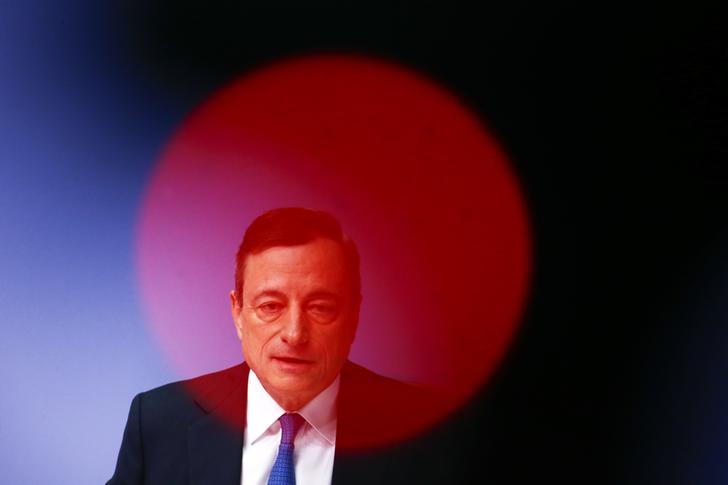 Mario Draghi has compromised on principles for the sake of effectiveness. The European Central Bank’s president announced on Jan. 22 a long-expected bond-buying programme that will be massive from the start and will last until euro zone inflation gets back on track. But the euro zone’s version of quantitative easing runs contrary to principles of a currency union.

The markets were impressed by the size – 60 billion euros a month – and the duration of the programme – at least until September 2016, and maybe longer. The euro fell to ten-year lows and equity markets rejoiced. Mario Draghi once again rallied his ECB council colleagues, overcoming the widely-aired differences on the opportunity and size of the programme.

The debate on whether QE will “work” or not is moot. Draghi never claimed it could pull the euro zone out of its enduring economic slump. The ECB’s goal is to stop failing at its only mandate: keep the inflation rate around its 2 percent target.

The purchase of government bonds, allocated by member states’ shares of the ECB’s capital, will push down bond yields, but the effect will be limited, since they are already at all-time lows. It will keep the downward pressure on the euro exchange rate, which has already fallen 17 percent against the dollar since May – that in turn would help boost inflation, although also in a limited way. Finally, Draghi noted, there are also fiscal consequences: QE will relax the constraints on national budgets.

To mollify the vigorous German opposition to quantitative easing, Draghi had to accept that potential losses on 80 percent of the additional bond-buying be assigned to national central banks. This is highly unlikely to matter in the real world – outright sovereign default of a euro member is unlikely to happen. But the decision marks the first time the ECB has accepted that monetary policy could be fragmented. This violates the principle of loss-sharing at the core of the monetary union.

QE may be an exceptional tool for exceptional times, and an unlimited program without full loss-sharing may be better than a limited one that respected the principle. But a taboo has been broken.

European Central Bank (ECB) President Mario Draghi addresses an ECB news conference in Frankfurt January 22, 2015. The European Central Bank agreed on Thursday to embark on a quantitative easing (QE) programme that will see it print money to buy up 60 billion euros worth of sovereign bonds from March until the end of September next year.

The European Central Bank on Jan. 22 said it would launch a government bond-buying programme which will pump hundreds of billions of new money into a sagging euro zone economy.

The ECB said it would buy government bonds from March until the end of September 2016 and beyond if inflation wasn’t back on track to its 2 percent target, in spite of opposition from Germany’s Bundesbank and concerns in Berlin that it could allow spendthrift countries to slacken economic reforms.

Together with existing schemes to buy private debt and funnel hundreds of billions of euros in cheap loans to banks, the new quantitative easing programme will pump 60 billion euros a month into the economy, ECB President Mario Draghi said.

By September next year, more than 1 trillion euros will have been created.