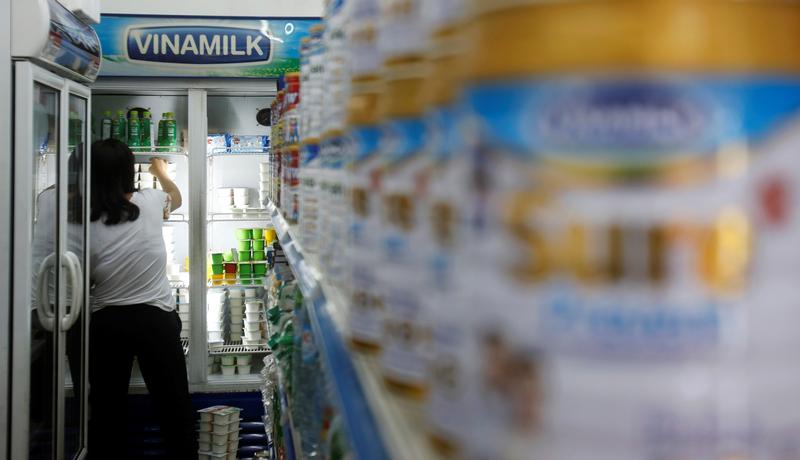 Vinamilk stock is up 48 pct this year, valuing it at $12 bln. It helps that regional investors Fraser and Neave and Jardines are building big stakes. But even if no takeover follows, the group stands to benefit from booming consumption in one of the most promising corners of Asia.

An employee loads Vinamilk's products into a fridge at a shop in Hanoi, Vietnam November 21, 2016. REUTERS/Kham - S1AEUOASDHAA

The Vietnamese government is selling down its stake in selected state-owned firms, including Vinamilk, the dairy firm that is Vietnam's largest listed entity.

A Vinamilk stake sale in 2016 drew only one buyer, largely because of a ceiling on the size of purchases by any prospective shareholder. A sale this month, which removed those restrictions, saw demand from 19 investors.

Jardine Matheson, the conglomerate, became the second-largest foreign shareholder, building an 8 percent stake through its Singapore-listed Jardine Cycle & Carriage. It has since bought more shares on the market, taking its holding to 10 percent.

The largest foreign shareholder is Fraser and Neave, a group backed by Thai tycoon Charoen Sirivadhanabhakdi, with almost 19 percent.

Other assets on Vietnam's privatisation list include brewers Sabeco and Habeco.