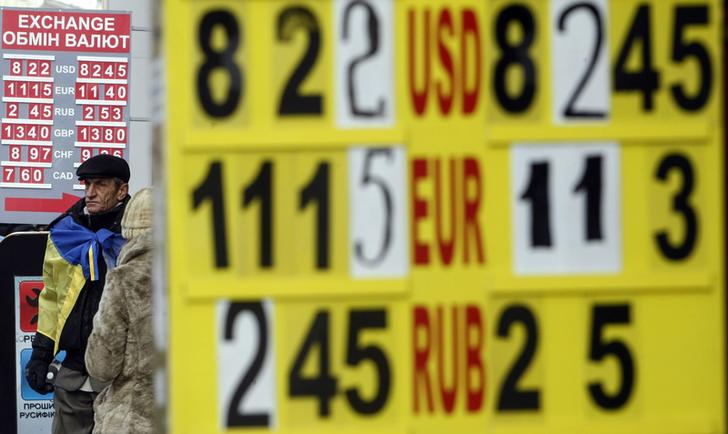 Currencies have been especially tough to call in the past year. New analysis suggests that when global interest rates are uniformly low, moves in the mammoth foreign exchange market seem to be a by-product of what is happening in stocks or bonds. That makes predictions almost impossible.

The FX market, where $5 trillion is traded every day, might look too big to be caught in the slipstream of flows in and out of much smaller asset classes. The authors of a paper published by the Bank for International Settlements beg to differ. A surge in FX trading activity over the past three years has little to do with a crescendo of interest in trading currencies themselves, their analysis shows.

Instead, there seems to be more activity in FX markets because investors are more apt to go overseas for better returns. That generates demand for foreign currencies to buy new assets and for hedges to reduce exposure to any adverse currency swings.

The extent to which currency markets are becoming a pawn of other asset classes is also highlighted by a recent discussion between the European Central Bank and representatives of the FX industry. Minutes of their October meeting show that while many in the trading community were downbeat about the euro’s outlook, few were willing to place large bets against the single currency given it had defied their predictions for a year or more. Equity inflows were cited as one of the factors which could support the euro.

The caution proved justified. The euro has enjoyed broad-based gains since their discussion, even though the ECB unexpectedly cut rates in November. And sure enough, European equity funds remain on track for record inflows this year.

It has always been hard to anticipate which factors will move currency markets and to forecast how these forces will evolve. Interest rate differentials, usually a big driver, are hardly relevant in today’s near-zero rate world. But when currency values depend on what stocks and bonds will do next, and across which borders money will flow, predictions are more like divination than deduction.

A man wearing a Ukranian flag walks past a currency exchange in central Kiev.

Daily turnover in the FX market was $5.3 trillion in April 2013, up by a third from 2010, according to a triennial Bank for International survey published in September. A BIS report released on Dec. 8 said that while a major shift in Bank of Japan monetary policy boosted currency trading in April, trading volumes would still have risen by about a quarter even without this factor.

The ECB’s Foreign Exchange Contact Group discussed the resilience of the euro at its October meeting, according to minutes. Members remained fundamentally bearish about the euro’s outlook. However, the minutes said market participants seemed reluctant to open euro short positions after having been often wrong over the past year or more. Equity inflows were cited as among the factors which could lead to further euro appreciation in the near term.

European equity funds are on track for record inflows this year and have seen 21 consecutive weeks of inflows, according to EPFR Global, which provides fund flows and asset allocation data.