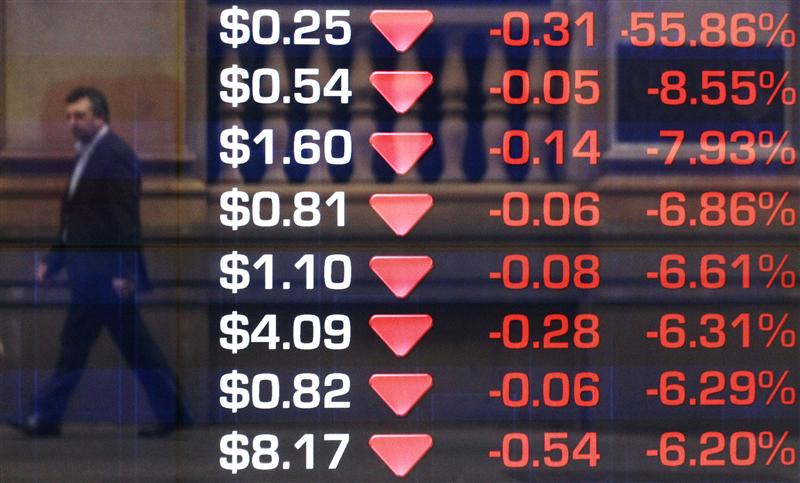 The G7 has spoken about the troubled foreign exchange markets, and the world is marginally less secure for it. In Tuesday’s four-sentence statement, the finance ministers and central bankers of the world’s leading economies managed to ignore the problem of inadvertent competitive devaluations, contradict themselves and make an empty promise.

The G7 endorsed a “domestic” orientation of monetary and fiscal policies. That pleases the United States, Japan and the UK, all of which are pumping vast quantities of money into the economy in the as-yet vain hope that companies and households will spend and invest enough of the new funds to push GDP growth up and unemployment down.

But the endorsement misses the point. While domestic policymakers may see the cheaper dollars, yen and pounds as no more than a welcome by-product of their stimulus efforts, other trading partners – including the euro zone – see a cross-border flow of monetary pollution. They will take no comfort from the commitment to continue not to care about the international consequences of domestic policies.

To move within a single sentence from an endorsement of “market-determined exchange rates” to a pledge “to consult closely in regard to actions in foreign exchange markets” is remarkable even by the standards of diplomatic double-speak. The real meaning is, “We cannot agree on anything but irrelevant platitudes”.

After the vagueness, it is hard to take much comfort from the final promise, to “cooperate as appropriate” in dealing with “excessive volatility and disorderly movements in exchange rates”. If the 20 percent devaluation of the yen against the euro since November is not deemed excessive, the bar for “appropriate” must be set quite high.

True, finance ministers can’t promise or do much about currencies if central bankers don’t play along. And there’s a good case that the recent talk of an impending currency war is exaggerated in the first place. Roughly similar perma-loose policies almost everywhere need not be globally disruptive. But that argument may overestimate the wisdom of politicians and traders – who immediately sent the euro soaring up 0.5 percent against the dollar. If the G7 statement is finance ministers’ best response to the supposed threat of war, then everyone should hope that currency peace returns soon.