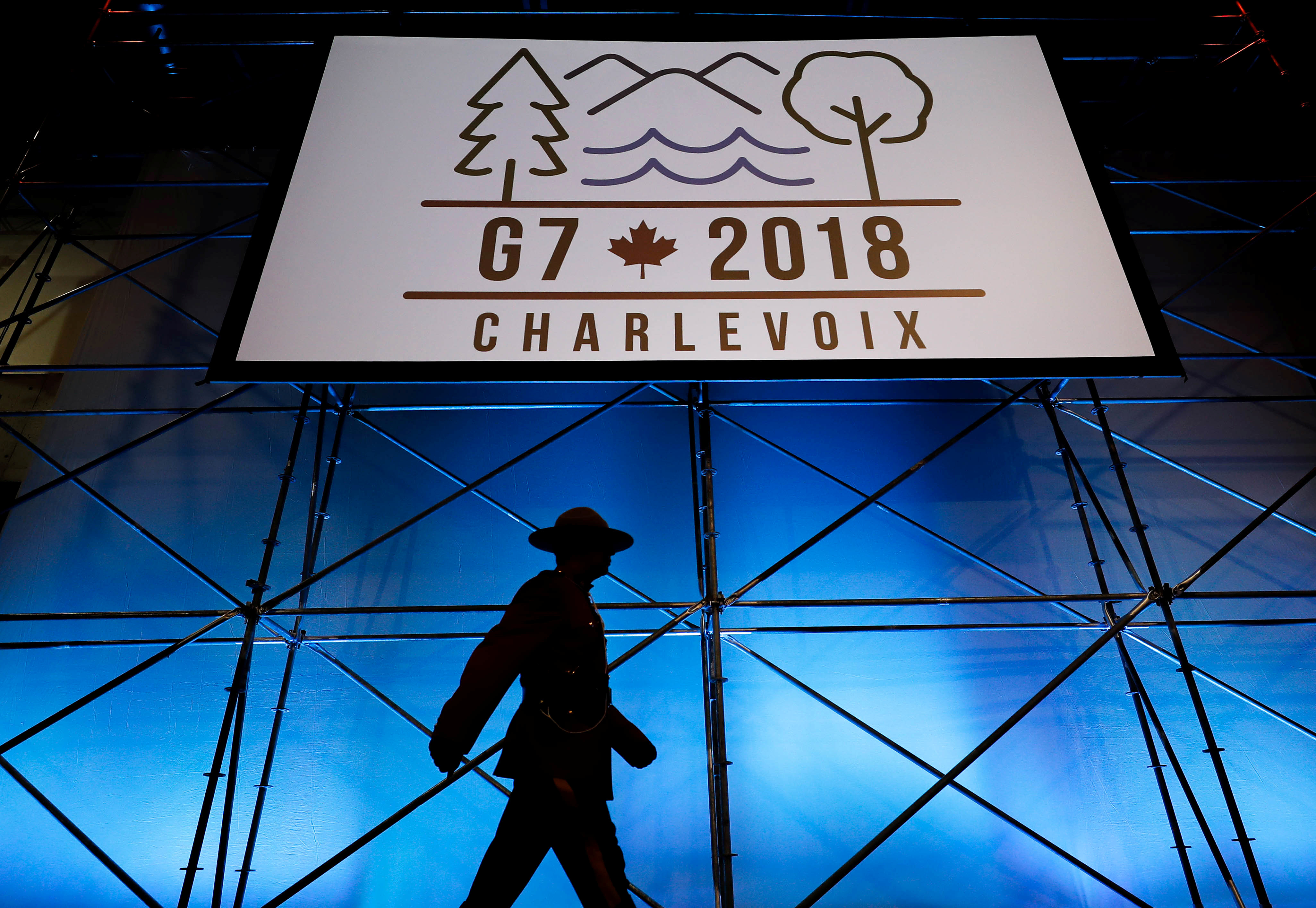 President Donald Trump is the sore thumb among leaders meeting in Canada on Friday. Last year’s G7 pledges were already watered down, and he hadn’t then left the global climate accord or started erecting trade barriers. The forum loses relevance if it lacks U.S. economic backing.

A Canadian mounted police officer walks past the Charlevoix G7 logo at the main press center, ahead of G7 Summit in Quebec, Canada June 6, 2018.

Leaders of the Group of Seven nations are set to meet in Charlevoix, Quebec on June 8 for a two-day summit – their first gathering since the United States launched tariffs on steel and aluminum imports that affect Canada, Mexico and the European Union, among other exporters.

President Donald Trump will be “sticking to his guns” on issues such as trade, according to Larry Kudlow, his top economic adviser, who addressed reporters in Washington on June 6. Trump tweeted on June 7 that he would use the summit to “fight for our country on Trade.”