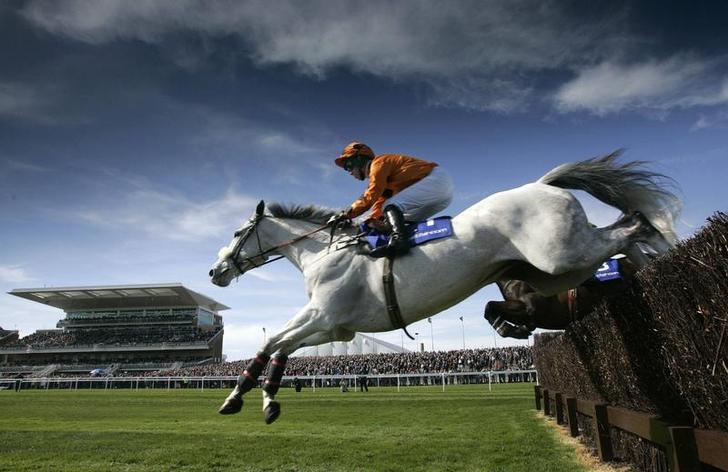 Paddy Power and Betfair have agreed to a possible all-share merger. The two look evenly balanced: the Irish group is big in traditional betting, its UK peer in online exchanges. Greater scale should offer some defence against industry consolidation and rising taxes.

Grey Abbey, ridden by jockey Gary Lee, jumps the last fence on his way to win the Betfair Bowl Steeple Chase on the first day of the Grand National meeting at Aintree Racecourse in Liverpool.

Online gambling company Betfair and Ireland’s Paddy Power said on Aug. 26 they had reached an agreement in principle on a 5 billion pound ($7.85 billion) merger. The all-share deal would create one of the world’s largest online betting and gaming groups with revenue of over 1.1 billion pounds.