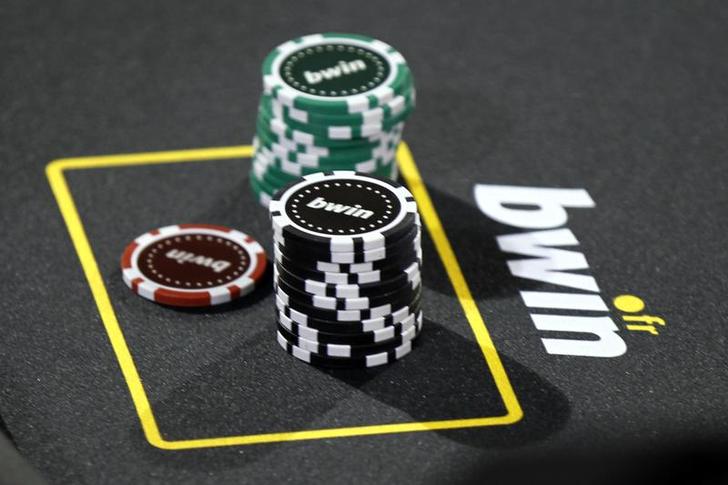 Bwin.Party has received rival bids from two smaller competitors in online betting. Details are scant, but the approach from under-leveraged 888 Holdings is backed by 59 pct of investors. Defensive tie-ups are a sensible response to last year’s $4.9 bln acquisition of PokerStars’ owner.

Betting company Bwin Interactive Entertainment AG logo is pictured with chips on a poker table during an event in Paris, December 3, 2010

British online betting company 888 Holdings said on May 18 that it had offered to buy bigger rival Bwin.Party Digital Entertainment, raising the prospect of a takeover battle between 888 and GVC Holdings.

888 said that it believed there would be “significant industrial logic” in a tie-up and that its cash and shares approach had the backing of 59 percent of shareholders.

GVC said on May 15 that it had bid for Bwin.Party. A source familiar with the situation told Breakingviews on May 18 that GVC had teamed up with Canada’s Amaya Group to table a 1 billion pound bid for Bwin.Party in cash and GVC shares. The deal would create a new special purpose vehicle jointly owned by Amaya and GVC, the person said.