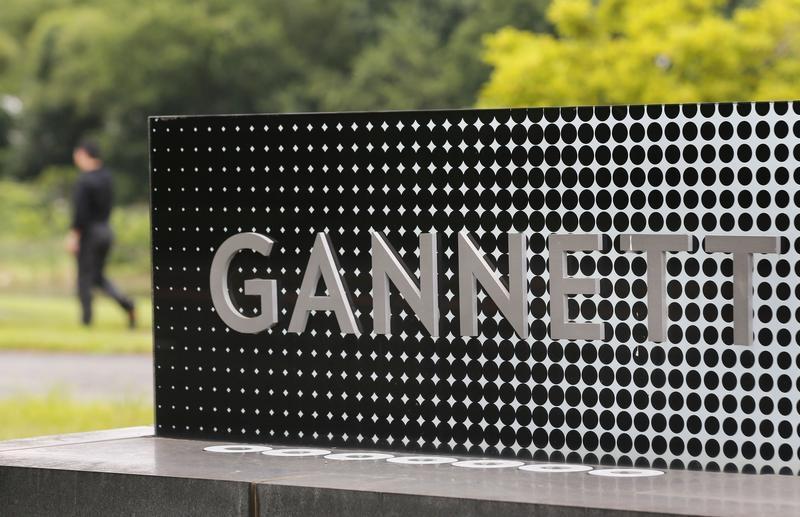 A Gannett breakup is really just a matter of Time. The $6.6 billion owner of USA Today and other newspapers isn’t getting much credit for its TV transformation. As Time Warner sets free its publishing arm this week, a Breakingviews analysis suggests Gannett should do the same.

Along with the imminent spinoff of the vast Time magazine rack, Tribune is in the process of creating a standalone company for the Los Angeles Times, Orlando Sentinel and other dailies. Ink-stained Rupert Murdoch essentially kicked off the trend two years ago after lieutenants finally convinced him to separate newspapers including the Wall Street Journal, the Sun and the Australian from the Fox entertainment empire.

The splits have paid off. Shares of all three parent companies, including over-the-counter-traded Tribune, have outperformed the broader market after disclosing plans to offload their print businesses. That can’t have escaped the notice of Gannett boss Gracia Martore, who last year spent $2.2 billion to buy broadcaster Belo in a move that dramatically increased the company’s dependence on television. At the same time, she has pursued new subscription and advertising revenue ideas for the newspapers.

Though Gannett’s stock price has tripled since Martore was appointed chief executive in October 2011, it still doesn’t reflect the metamorphosis. A basket of U.S. TV companies trades at an average enterprise value of almost 10 times expected 2014 EBITDA. Apply that to Evercore’s forecast of about $840 million of EBITDA for Gannett’s TV business, and that’s $8.4 billion. Given Gannett’s total enterprise value is only $9.7 billion, that leaves a paltry $1.3 billion – or an EBITDA multiple of only about two times – for the rest.

The New York Times, McClatchy and other newsprint-heavy names fetch a multiple closer to seven times. Apply that to Gannett’s print and digital segments while assuming the TV business matches what its rivals command from investors, and the company’s enterprise value would jump to $12.7 billion. In that scenario, Gannett’s equity would be worth about $9.6 billion, or almost 50 percent more than it is now. It’s the kind of story no newspaper publisher can afford to ignore – even if it takes a carve-up to tell it.

Time Inc, the publisher of Time, Sports Illustrated, People and other magazines, is slated to be spun off from parent Time Warner as a standalone publicly traded company on June 6.

The logo of Gannett Co is seen outside their corporate headquarters in McLean, Virginia, July 23, 2013. A decline in newspaper advertising dragged down Gannett Co's second-quarter results, underscoring the company's need for new revenue streams. REUTERS/Larry Downing

Time Inc, the publisher of Time, Sports Illustrated, People and other magazines, is slated to be spun off from parent Time Warner as a standalone publicly traded company on June 6.