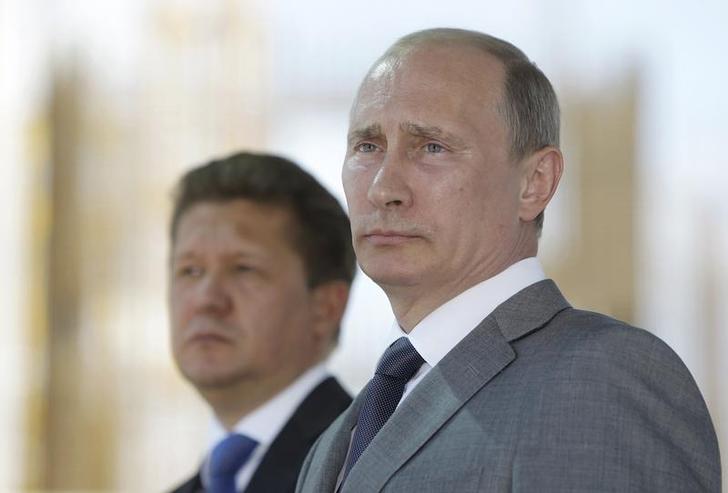 Europe has long been used to the perennial drama of “Ukraine versus Gazprom,” but this year’s version is not your run-of-the-mill gas price dispute. Making good on a longstanding threat, Gazprom has said it will deliver gas to Ukraine only if it has been pre-paid. This comes after the Russian energy group failed to settle a dispute with Naftogaz, its Kiev-backed counterpart, over what it claims are more than $4 billion of overdue bills.

As summer nears, the decision will have limited immediate consequences on Europe’s energy supplies. Gazprom says it will continue to provide gas to the rest of the continent and has the means to bypass Ukraine. The two sides may be headed to international arbitration – by far the best way to settle the dispute. Gazprom has some grounds for feeling that it has been too patient with its Ukrainian client.

But Gazprom is now asking Kiev to pay for arrears amassed by the previous, pro-Russian government. Ukraine, on the other hand, is contesting the 80 percent hike that Gazprom slapped on gas deliveries in the heat of tensions between Russia and Western powers over the annexation of Crimea. Of course, Kiev at some point can – and probably will – raise the question of how many billions it is owed by Moscow after the confiscation of part of its territory.

Gazprom’s toughening comes just after renewed military activities by Russian separatists in the east of Ukraine. Hopes for a normalisation of the situation between Kiev and Moscow are premature at best. The fact that the Ukranian and Russian presidents have started talking at last doesn’t mean that the region’s problems are over. And it is still hard to understand the Kremlin’s strategy – if there is one.

The Moscow stock market has been itching to erase all traces of the Ukrainian crisis, with the MICEX index about to inch back to its early January level. The failure of the latest round of gas talks should remind investors that they should not rush to rejoice on the mere absence of bad news from Ukraine. It is good news they should seek – and that is not on the horizon.

Russian natural gas exporter Gazprom reduced supplies to Ukraine on June 16 after Kiev failed to meet a deadline to pay off its gas debt in a dispute that could disrupt supplies to the rest of Europe.

Russian Prime Minister Vladimir Putin (R) and Gazprom CEO Alexei Miller look on during a ceremony for the opening of a new gas pipeline in the southern Russian city of Sochi June 6, 2011.

Russian natural gas exporter Gazprom reduced supplies to Ukraine on June 16 after Kiev failed to meet a deadline to pay off its gas debt in a dispute that could disrupt supplies to the rest of Europe.