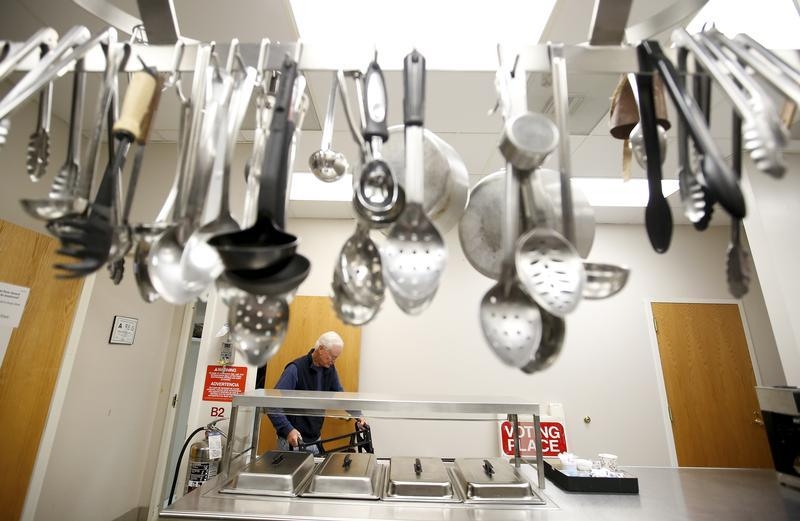 GE’s failed sale creates a domestic vacancy. While antitrust concerns nixed the $3.3 billion sale of the industrial giant’s appliances unit to Electrolux of Sweden, GE still wants out of the U.S. kitchen. Stepping into GE’s commanding position would be transformational for China’s Haier or Midea.

As Breakingviews argued before the ill-fated Electrolux deal was struck last year, a GE takeover would be a “Lenovo-IBM moment” for Qingdao-based Haier. That is, the deal would enable the Chinese group to hit the world stage like Lenovo did by buying Big Blue’s personal computer division a decade ago.

Haier already leads in U.S. fridges, with 19 percent market share last year, Euromonitor says, but is otherwise a bit player Stateside. Absorbing the GE unit would at a stroke add No. 1 or 2 rankings for microwaves, cookers, and dishwashers, plus handy relationships with customers such as retailers, landlords and builders. Haier could reap economies of scale and learn about targeting consumers in the world’s biggest economy. Long-term access to GE’s powerful brand would help too, if it was included as part of the sale.

The same rationale also applies to Midea, Haier’s $20 billion domestic rival. Both are sizeable companies with ready access to capital but low profiles in the West. (Haier’s two listed units are the $9.4 billion Qingdao Haier in Shanghai and Hong Kong’s $5.1 billion Haier Electronics.) Meanwhile, economic recovery means the U.S. market is looking up. And GE is clearly a motivated seller, which should keep a lid on price. Electrolux was paying an undemanding 7 or so times 2014 EBITDA.

There are three drawbacks. First, neither Chinese outfit has much M&A experience, and indeed Haier’s mould-breaking boss, Zhang Ruimin, seems to have cooled on overseas deals. Second, GE probably wants to move quickly, which could disadvantage a mainland buyer.

Third, heavyweight competition might emerge. Whirlpool is already too big Stateside. But other appliance heavyweights could be tempted, namely Bosch in Germany, Samsung in Korea, and Panasonic in Japan. Each is a maybe not a definite: Bosch’s brand is higher-end; Samsung is making creditable inroads Stateside on its own; and Panasonic has only recently emerged from financial crisis. But things could yet get heated in the American kitchen.

GE said it was entitled to a $175 million break-up fee from Electrolux. “The Appliances business is performing well and GE will continue to run the business while it pursues a sale,” the U.S. industrial giant said.

Election volunteer David Graham works to carry a voting terminal from a kitchen where the terminals were stored at Harrison United Methodist Church in Pineville, North Carolina November 3, 2014. REUTERS/Chris Keane

GE said it was entitled to a $175 million break-up fee from Electrolux. “The Appliances business is performing well and GE will continue to run the business while it pursues a sale,” the U.S. industrial giant said.