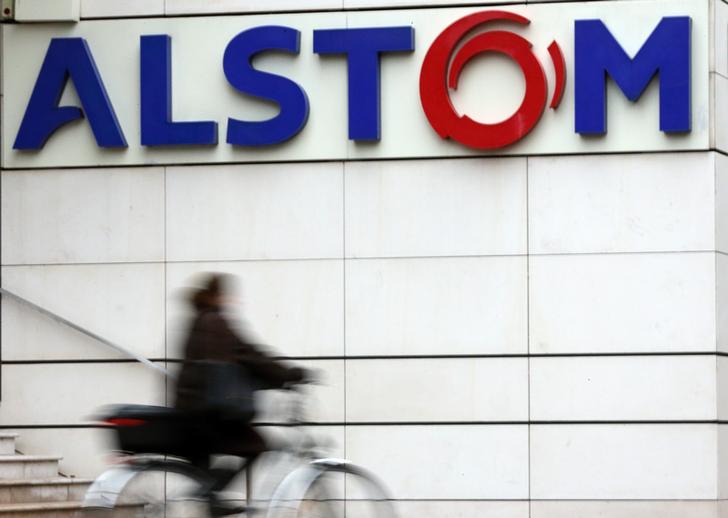 In an ideal world where free people would roam across free markets, there would be much to like in a takeover of engineering group Alstom by General Electric. The French turbine and train maker, bailed out by taxpayer money 10 years ago, has been hit hard by the economic slump and Asian competition. Its future as a standalone company is in doubt. It needs cash that its shareholders – including Bouygues, with a 29 percent stake – are loath to fork out. Being folded into much larger GE would help it through bad times while some of its assets would fit nicely into the U.S. group.

Reports that the two were talking takeovers sent Alstom shares soaring 14 percent on April 24 – in spite of, or maybe because of, the French group’s non-denial denial stating that it had not been “informed of any potential public tender offer” for the company.

But in the real world, any sale of the TGV maker to the U.S. group would face major political hurdles. It would test the French government’s new reform drive just as its business-friendly policies are proving hard to sell – both to public opinion and to the restive, ruling Socialist party.

Paris could always try to present the deal as a vote of confidence in the French economy and business climate. But the chances are that the public debate will focus on jobs – Alstom has about 18,000 employees in France – and technology. The French socialists’ fetishistic attachment to industry runs deep, and the left wing of Francois Hollande’s party is already rattled by 50 billion euros of public spending cuts planned for the next three years.

Something has to be done for Alstom, which cannot continue as it is. It will have to go further than its current plan to sell – or IPO – part of its transport division. And no matter how business-friendly the French government wants to appear, it is unrealistic to expect it to keep its hands off any deal involving the company’s future.

French engineering group Alstom said on April 24 that it had not been informed of any potential public tender offer for its shares, after Bloomberg said U.S. conglomerate General Electric was “in discussions to pay more than $13 billion” for the group.

A cyclist rides his bike past Alstom headquarters in Levallois-Perret, near Paris, November 6, 2013.

French engineering group Alstom said on April 24 that it had not been informed of any potential public tender offer for its shares, after Bloomberg said U.S. conglomerate General Electric was “in discussions to pay more than $13 billion” for the group.