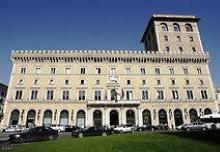 Italy’s biggest insurer is seeking 4 bln euros more capital by 2015 via selling assets. New CEO Mario Greco is rightly trying to move Generali away from its Italian power-broking past. But a really radical move would have been a sale of non-core stakes and a rights issue now.

A view of Generali headquarters in Rome April 6 2011. REUTERS/Remo Casilli

Generali said on Jan. 14 it was seeking 4 billion euros of fresh capital by 2015 via the sale of non-core operations like its Swiss private bank and its U.S. business.
In a strategic review presented by incoming chief executive Mario Greco, Italy’s largest insurer pledged an operating return on equity of 13 percent over the cycle, translating into operating profit of 5 billion euros. The firm intends to take out 600 million euros in costs by the end of 2015, and increase its Solvency 1 capital ratio to above 160 percent by 2015, compared to 146 percent now.
By 0915 GMT, Generali shares were trading at 14.4 euros, down 0.9 percent.