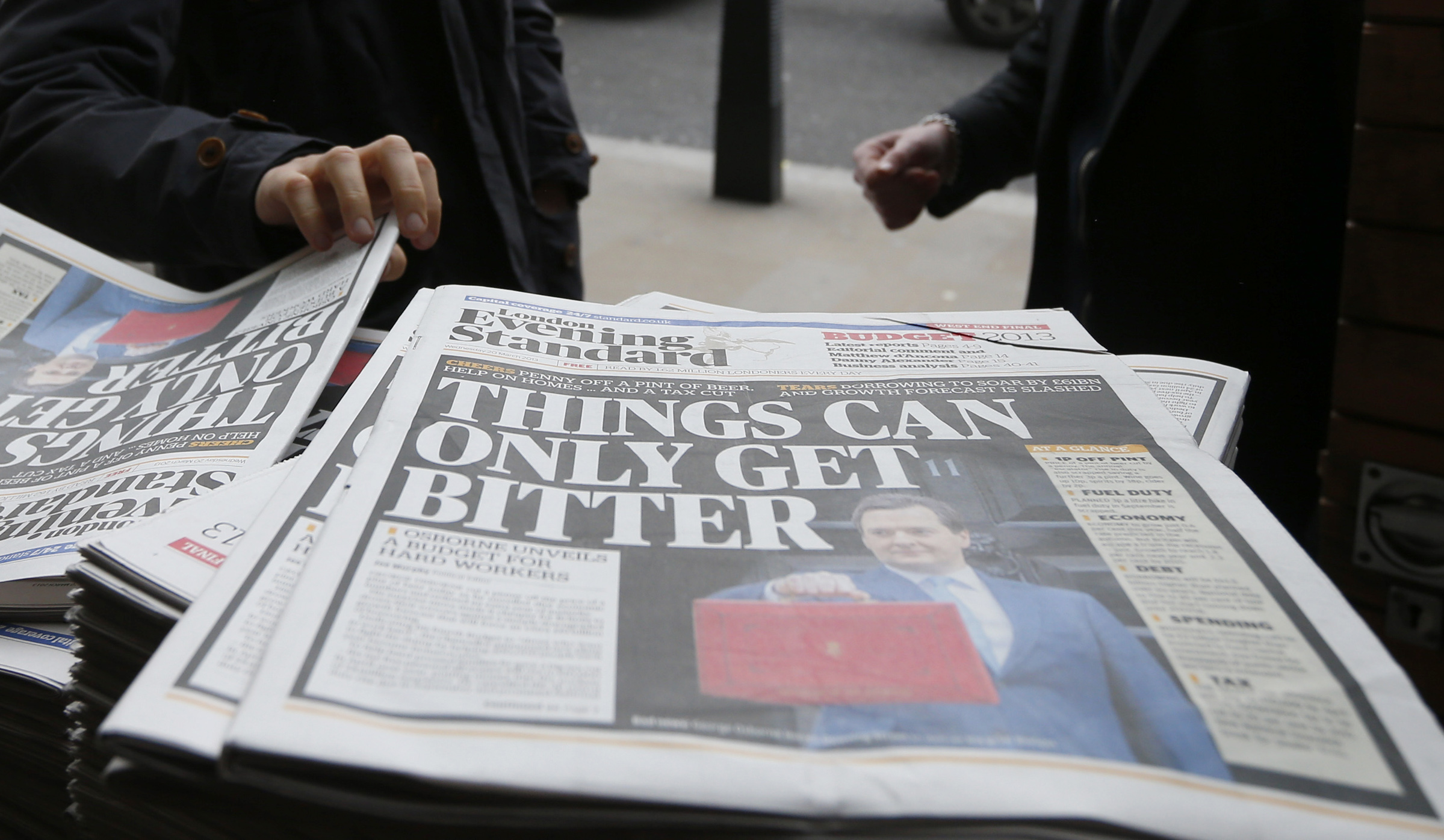 British politicians tend to pursue wealth after leaving high office. The former British chancellor is doing so at BlackRock, but has added a twist: he will edit London’s Evening Standard while remaining a member of parliament. The tawdry arrangement devalues both institutions.

A man picks up a copy of a newspaper after the budget announcement by Britain's Chancellor of the Exchequer, George Osborne, in London March 20, 2013. Osborne stuck to his guns on austerity in Wednesday's annual budget but turned to the Bank of England to do more to help spur growth in the stagnant economy which he said would grow less than previously forecast. REUTERS/Andrew Winning (BRITAIN - Tags: POLITICS BUSINESS MEDIA) - RTR3F8F2

George Osborne, who lost his job as British finance minister after the EU referendum in June, was appointed editor of London's Evening Standard, the newspaper's owner Evgeny Lebedev said on March 17.

"I am proud to have an editor of such substance, who reinforces the Standard's standing and influence in London," Lebedev tweeted. "And whose political viewpoint - socially liberal and economically pragmatic - closely matches that of many of our readers."

"I am proud to be a Conservative MP, but as editor and leader of a team of dedicated and independent journalists, our only interest will be to give a voice to all Londoners," Osborne said in a statement. "We will be a fearless paper fighting for their interests."

Osborne, 45, became Britain's youngest finance minister in more than 100 years when he was appointed in 2010. He argued that Britain needed to cut spending and was a prominent campaigner for Britain to remain in the European Union.

Osborne, who has little experience in journalism, said he would judge what the government, London’s politicians and political parties do against a simple test: is it good for our readers and good for London? “If it is, we’ll support them," he said. "If it isn’t, we'll be quick to say so."

He will take over from Editor Sarah Sands, who is leaving to edit the BBC's flagship news radio programme Today in early May.