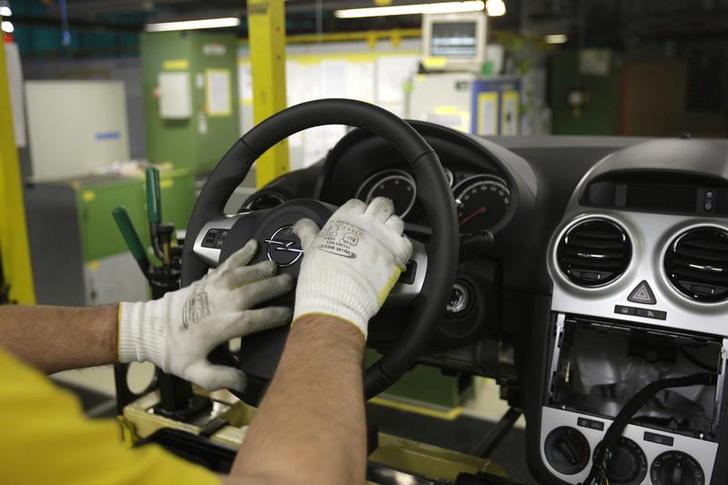 ZF Friedrichshafen may have just revved up long-idling deal-making in the auto-parts business. The German supplier is mulling an offer of around $11 billion for U.S. peer TRW, Bloomberg reports. That would make it the world’s third-largest automotive supplier by revenue, according to Berylls Strategy Advisors. It would also mark the largest tie-up in the sector since 2007. ZF, though, may lack the financial gas to get the deal done.

The company is privately owned, so cannot tap equity markets. The Zeppelin Foundation, which owns 94 percent of ZF, is bound by its charter to fund charitable work and hence cannot participate in a capital increase. Analysts reckon it would be loath to dilute its stake by bringing in external investors, so it would have to borrow money.

Assuming a 30 percent takeover premium, ZF would have to pay $13.3 billion. Throw in the $1.4 billion in net cash the two would have after allowing for TRW’s debt and ZF would need to borrow $13 billion to secure its target and keep a cash cushion.

That would leave the merged company’s debt equal to some 3.4 times the two suppliers’ combined earnings before interest, taxes, depreciation and amortization last year. That’s manageable, and at a stretch ZF might even be able to borrow a little more.

The trouble is that other companies may jump in with an offer. TRW is strong in safety components like brakes and airbags as well as in sensors and electronics. These are crucial in the battle to build more automated vehicles and improve e-mobility – and it’s an area where ZF lags its larger local rivals Continental and Bosch.

The likes of Magna and Delphi have distinct advantages over ZF. They’re publicly traded, so can more easily tap stock investors for help. And they both have more cash than debt. Based in North America, they would also be able to crank out more cost savings than ZF. That gives them scope to persuade both shareholders and lenders of their ability to extract value from a deal – and thus to outbid ZF.

The German supplier has spotted a worthwhile deal. Driving it home off the lot will be harder to achieve.

An employee places an airbag unit into a steering wheel

German auto-parts supplier ZF Friedrichshafen is considering making an offer for U.S. rival TRW, according to a Bloomberg report on July 10. TRW has confirmed that it received an offer to be bought, but has not disclosed by whom.

Bloomberg’s article puts the price privately held ZF might be willing to pay at $11 billion to $12 billion, representing a premium of between 10 percent and 20 percent.