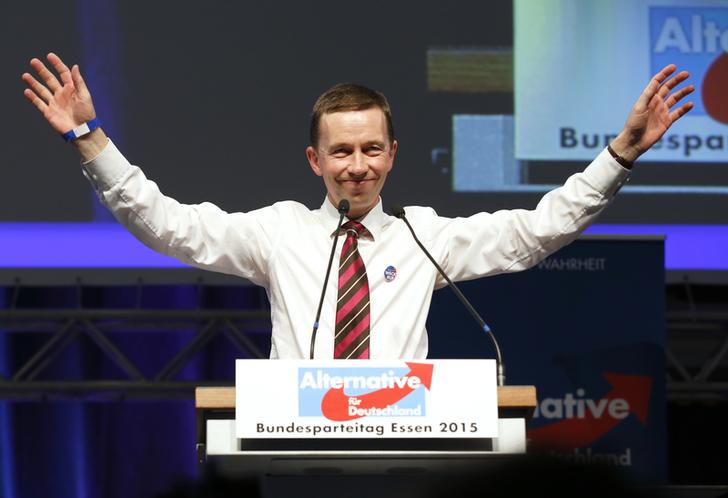 While the euro zone is holding together, feuds over Islam and xenophobia have torn apart Germany’s anti-euro AfD. That leaves pro-European voices unchallenged in Berlin. There are sharp debates on how Europe should work, but the country remains an anchor of political stability.

Bernd Lucke, the founder of the eurosceptic Alternative for Germany (AfD) party who was ousted in a recent leadership vote, set up a new party on July 19. The “Alliance for Progress and Renewal” (ALFA), like the AfD, opposes the German government’s agreement to financial rescues for Greece and other euro zone countries.

Lucke, a 52-year-old economics professor, set up the party with around 70 others. He was elected chairman on July 19. Lucke left the AfD this month after losing out to Frauke Petry in a leadership vote. Lucke complained that xenophobia was on the rise in the party, which he had founded in 2013 to oppose euro zone bailouts. He had wanted AfD to focus more on economic issues but with Petry’s growing influence, immigration issues became key topics for the party. ALFA wants to do more to integrate immigrants into society and boost citizens’ rights.