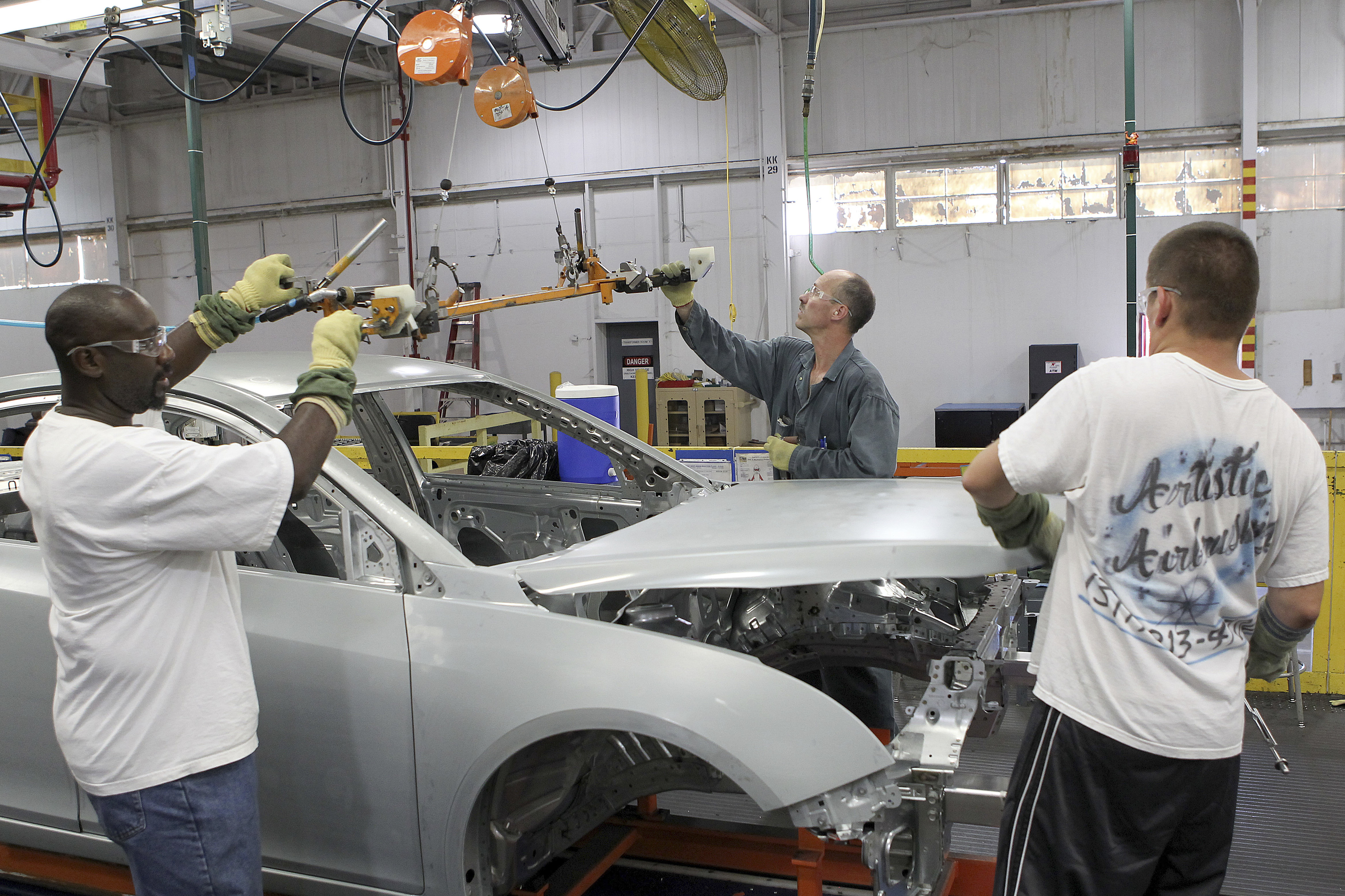 VW, Daimler and BMW are vulnerable to 25 pct auto tariffs threatened by the U.S. president, who’s also railing against GM for idling plants. The Germans could win some goodwill by taking up some of their American rivals’ spare capacity. That’s easier done for some than others.

Workers install parts on the new Chevrolet Cruze car as it moves along the assembly line at the General Motors Cruze assembly plant in Lordstown, Ohio July 22, 2011.

U.S. President Donald Trump on Dec. 4 met with executives from German auto groups Volkswagen, Daimler and BMW. The White House said in a statement that Trump “shared his vision of all automakers producing in the United States and creating a more friendly business environment”.

Volkswagen’s chief executive on Dec. 4 said the German automaker was building an alliance with Ford Motor and might use the U.S. group’s plants to build cars. Herbert Diess said the company was also "considering building a second car plant" in the United States.

General Motors on Nov. 26 said it will cut production of slow-selling models and slash its North American workforce. Trump demanded the automaker find a new vehicle to build in Ohio - the site of one of the factories at which it plans to halt production. In a Fox News interview on Dec. 13, he said Chief Executive Mary Barra’s decision was “not acceptable to me” and predicted that the company’s big bet on electric vehicles “is not going to work.”