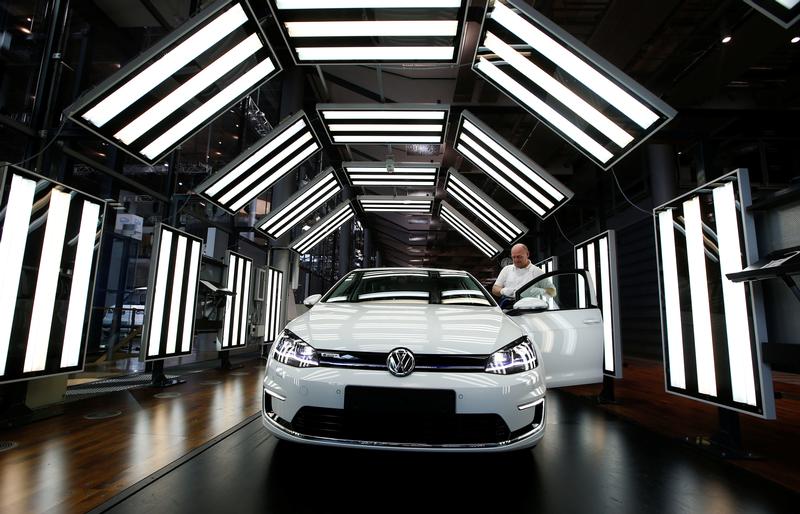 VW is taking big stakes in two Chinese EV firms, while Daimler may invest in battery-maker Farasis Energy’s $480 mln IPO. Demand remains tepid, oil is too cheap, and the targets look richly priced. But these deals lock in supply, and position both to compete with Tesla in China.

A worker makes final checks on an e-Golf electric car at the new production line of the Transparent Factory of German carmaker Volkswagen in Dresden, Germany March 30, 2017. REUTERS/Fabrizio Bensch - RC13EA47D4E0

German automaker Volkswagen said on May 29 it will invest around 1 billion euros for a 50% stake in the state-owned parent of Anhui Jianghuai Automobile Group (JAC Motors), and also raise its stake in an existing electric vehicle joint venture with JAC to 75% from 50%. The joint venture will launch five more electric models by 2025 and establish a car manufacturing base.

In a separate transaction, Volkswagen will invest 1.1 billion euros for a 26.5% stake in electric-battery maker Gotion High-tech, becoming its biggest shareholder, Reuters reported on May 29.

Daimler plans to invest in Farasis Energy’s planned $480 million IPO, to ensure a stable supply of batteries from the Chinese firm as it ramps up electric vehicle production, Reuters reported on May 26, citing sources.