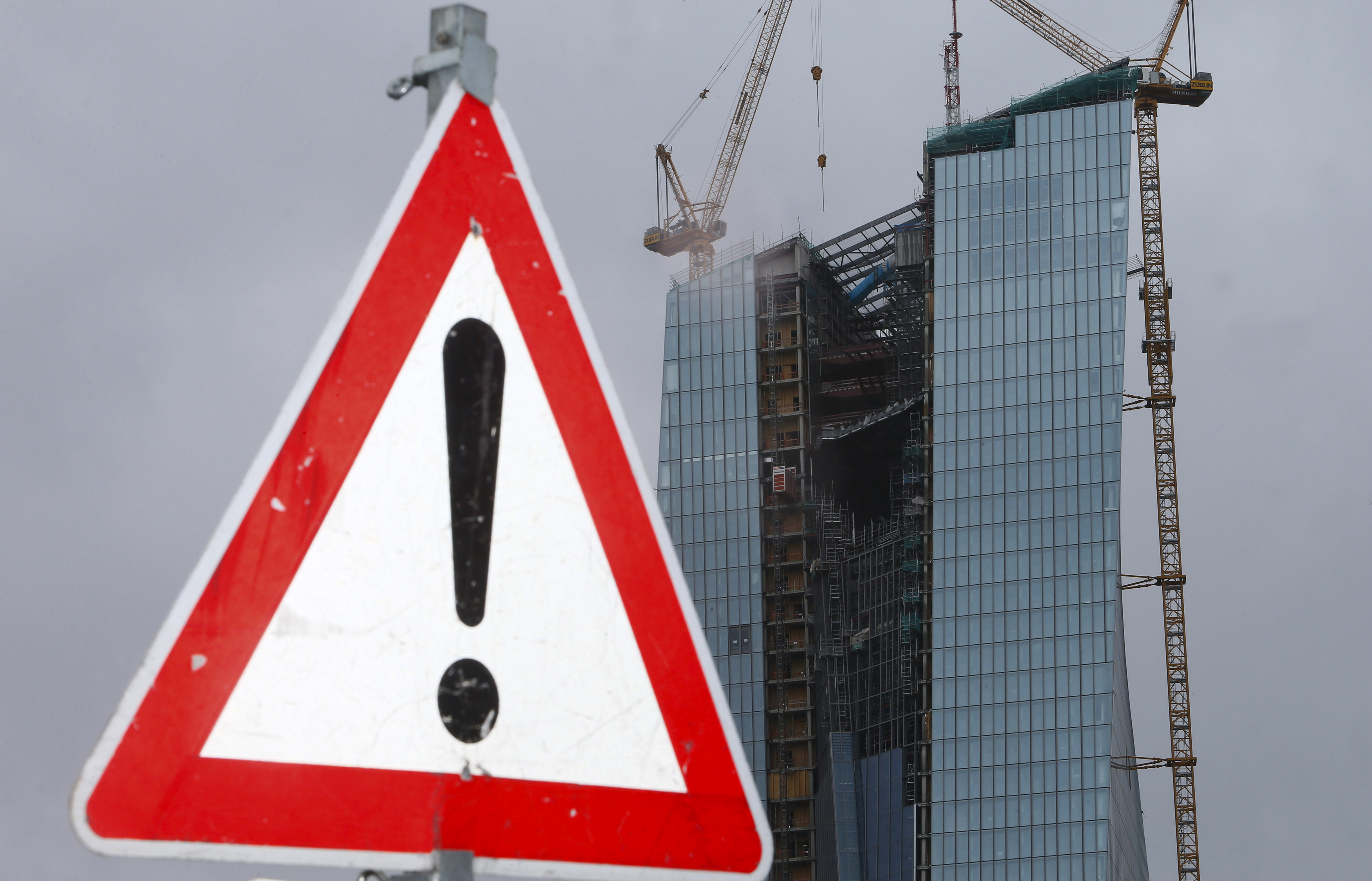 German bonds have been snapped up during the recent global market turmoil as investors sought safe havens. Yet the cost of insuring against a Teutonic default has risen over the same period. Blame a failure to break the doom loop between banks and sovereigns.

Five-year German credit default swaps (CDS) hit 20 basis points on Feb. 9, according to financial information company Markit. That means it costs 20,000 euros to protect 10 million euros of exposure to German bonds, the most in more than a year, compared with levels closer to 13 basis points in January. Such moves pale in comparison with recent shifts in Italian, Spanish or Portuguese CDS, but are huge for Europe’s largest economy. If sustained, it would mark the biggest monthly widening in German CDS in percentage terms since 2011.

True, the CDS market is much less liquid than it was back then and therefore more prone to swings. But there’s a perfectly reasonable explanation for the move: a rout in Deutsche Bank shares, which have lost as much as a fifth of their value since the beginning of February.

Despite the European Union’s best efforts to create firewalls between the banking sector and governments, investors have a nagging concern that states remain the ultimate backstop if big lenders were to ever get into trouble. As it stands, the euro zone’s banking union lacks a regional mechanism to guarantee deposits, and it will take several years before a pan-European fund to resolve failed banks is fully mutualised. A bank-specific problem therefore still has the potential to infect its home country, and vice versa.

There may be other issues to fix too, according to Jose Vinals, a senior International Monetary Fund official. He said on Feb. 5 that for all the progress, it was still unclear who was in charge of overall EU financial stability, given the risk that several new institutions could follow their own objectives. And the European Central Bank’s efforts to harmonise bank capital can only go so far. No wonder the doom loop remains intact.

The cost of insuring against a German sovereign default has increased in the past month with five-year German credit default swaps hitting 20 basis points on Feb. 9, according to financial information provider Markit. These were the widest levels since late 2014 and compared with around 13 basis points in January.

A traffic sign stands in front of the construction site for the European Central Bank (ECB) in Frankfurt, 2013

The cost of insuring against a German sovereign default has increased in the past month with five-year German credit default swaps hitting 20 basis points on Feb. 9, according to financial information provider Markit. These were the widest levels since late 2014 and compared with around 13 basis points in January.