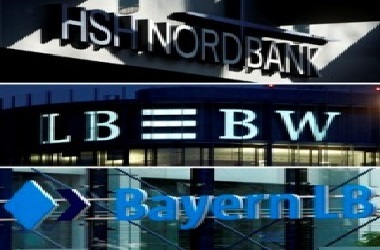 It took German cooperative lenders DZ Bank and WGZ Bank 10 years and four aborted attempts to eventually agree on a merger. While slow by the standards of international finance, the deal announced on Nov. 19 is still light years ahead of the country’s ropey Landesbanken.

Germany has three types of bank: private players like Deutsche Bank, state-owned Landesbanken, and 1,047 local cooperative lenders. Having two rival institutions like WGZ and DZ unnecessarily duplicates many co-op functions and inflates costs. The duo estimate that the pooling of resources will generate at least 100 million euros of synergies per year. Actions like standardising processes and simplifying IT systems can squeeze yearly administrative expenses by 3 percent. That’s a much-needed shot in the arm at a time when persistently low interest rates weigh on margins and tighter regulatory scrutiny pushes up equity requirements.

The country’s ropey public banking sector should take note. While the local cooperative banks streamline their overhead organisation into one national group, the 400 Sparkassen still treat themselves to six different wholesale banks. Those Landesbanken are co-owned by regional governments.

Until a decade ago, the lenders were banking on cheap government funding. Brussels shot down this privilege in 2004 and effectively killed off the old business model. In search of yield, the lenders gobbled up risky assets in shipping and real estate, turning them into one of the worst casualties of the financial crisis. Now, while notorious WestLB has been wound down and SachsenLB merged into LBBW, the six survivors are resisting further consolidation.

However, their post-crisis track record is dismal. Between 2010 and 2014, LBBW, BayernLB, NordLB, Helaba, HSH Nordbank and Landesbank Berlin have earned a joint positive post-tax return on equity only once – a measly 2.8 percent in 2014, data by SNL Financial shows. The cooperative banks earned double-digit returns in three of the past five years.

If Landesbanken were able to replicate DZ/WGZ’s synergies as a percentage of their combined administrative expense, annual benefits would be around 400 million euros. They cannot afford to leave this money on the table much longer.

Combination of file photos of logos on the headquarters of Germany's biggest landesbanks: (top to bottom) HSH Nordbank in Hamburg February 24 2009; LBBW in Stuttgart December 7 2009, and BayernLB in Munich July 2 2012. REUTERS/Johannes Eisele/Files

Six years after scrapping their last of several earlier merger attempts, DZ Bank and WGZ Bank will now combine to form a type of central bank for Germany’s 1,000-plus cooperative banks, where customers are also owners, the banks said.

The main function of DZ Bank and WGZ Bank is to supply services like transaction banking and liquidity management for cooperative banks as well as products like Union Investment-branded investment funds, Schwaebisch Hall-branded home loans or R+V-branded insurance policies.

The lenders expect annual cost savings of about 100 million euros and plan to spread job cuts fairly between the two firms.