The lady’s for turning 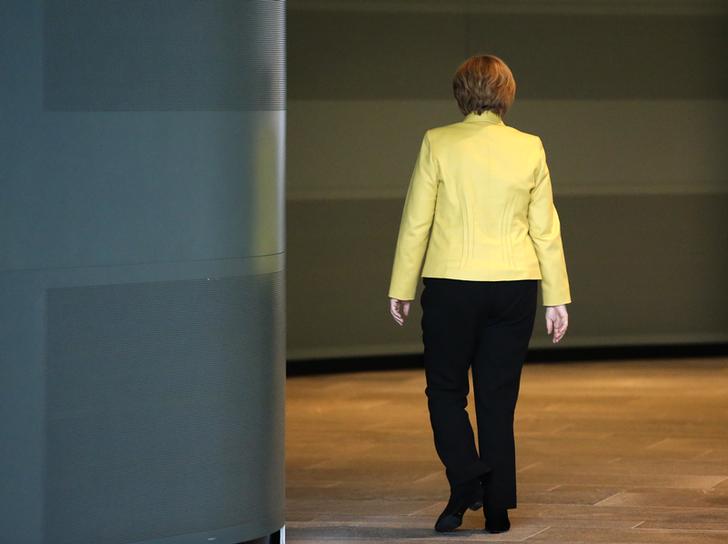 Angela Merkel has championed open borders for Syrian war refugees. The cost for Germany’s chancellor in recent months has been an ever louder chorus of domestic critics, a sharp drop in approval ratings and escalating inner-party strife. But Merkel will find it much harder to brush off French calls for Germany to shut out migrants from the Middle East. If she does ignore Paris, European integration could suffer.

French Prime Minister Manuel Valls on Nov. 25 urged Europe – for which read Germany – to close its borders to refugees from the Middle East. Valls is not the first European policymaker to criticise Germany’s handling of the refugee crisis. Hungary’s Prime Minister Viktor Orban and Poland’s new government are among those who got in their jabs first.

But for historic as well as strategic reasons, France will have much more sway. Germany’s western neighbour is also its biggest trade partner and a fellow architect of the European Union. After the horrific attacks of Nov. 13 in Paris, France’s authority to speak about fighting Islamist terrorism has increased. This strengthens the hand of Merkel’s inner-party critics at home.

Merkel has cited good moral and pragmatic reasons for keeping the door open. But there could be political and economic reasons to close it for a while. The risk is that otherwise France may turn its back permanently on the Schengen agreement of passport-free travel on the European continent. That would drive up transaction costs for business and roll back cross-country economic integration. On the same day that Merkel defended her position in the Bundestag, European Commission President Jean-Claude Juncker said that the single currency will be in danger if Schengen unravels.

In her 10 years in office, Merkel has shown willingness to change her mind if her position becomes untenable. Think of her swift decision to phase out nuclear power after Fukushima in 2011 or her approval to the banking union in June 2012. And a key lesson from Europe’s history is that Germany cannot go it alone. Merkel’s open-door isolationism, however well intentioned, cannot last for long.

German Chancellor Angela Merkel leaves after a receiption for carol singers at the Chancellery in Berlin, January 7, 2015.

French Prime Minister Manuel Valls urged Europe to close its borders to refugees from the Middle East, in an interview published on Nov. 25.

“We cannot accommodate any more refugees in Europe,” Valls told the Sueddeutsche Zeitung, adding that tighter control of Europe’s external borders would determine the fate of the European Union. “If we don’t do that, the people will say: Enough of Europe,” Valls warned.

Horst Seehofer, the leader of Merkel’s Bavarian sister party CSU, on Nov. 20 openly criticised her for refusing to put a formal cap on the number of refugees entering Germany while Merkel was standing next to him at a CSU party convention.