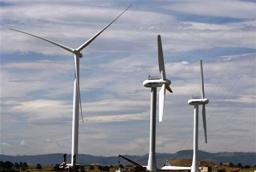 Europe’s industrial leader wants to wean itself off nuclear power and fossil fuels, so Germany will become the world’s test laboratory for renewable energy. The policy is farsighted, but in urgent need of more German efficiency to keep costs under control.

After the nuclear catastrophe in Fukushima in 2011, the German government decided to phase out nuclear energy much sooner than previously planned. The last nuclear power station is scheduled to be closed down by 2022. In the next four decades, the country also wants to phase out fossil fuels. By 2050, 80 percent of the electricity should come from renewables.
The current subsidy system has been driving up energy prices massively in the recent years in Germany and has triggered a contentious political debate on how to reform the system to keep costs under control. A few days ago, the German government decided to postpone any reform until after the federal election on Sept. 22. Household electricity prices are hence to increase further in 2014.