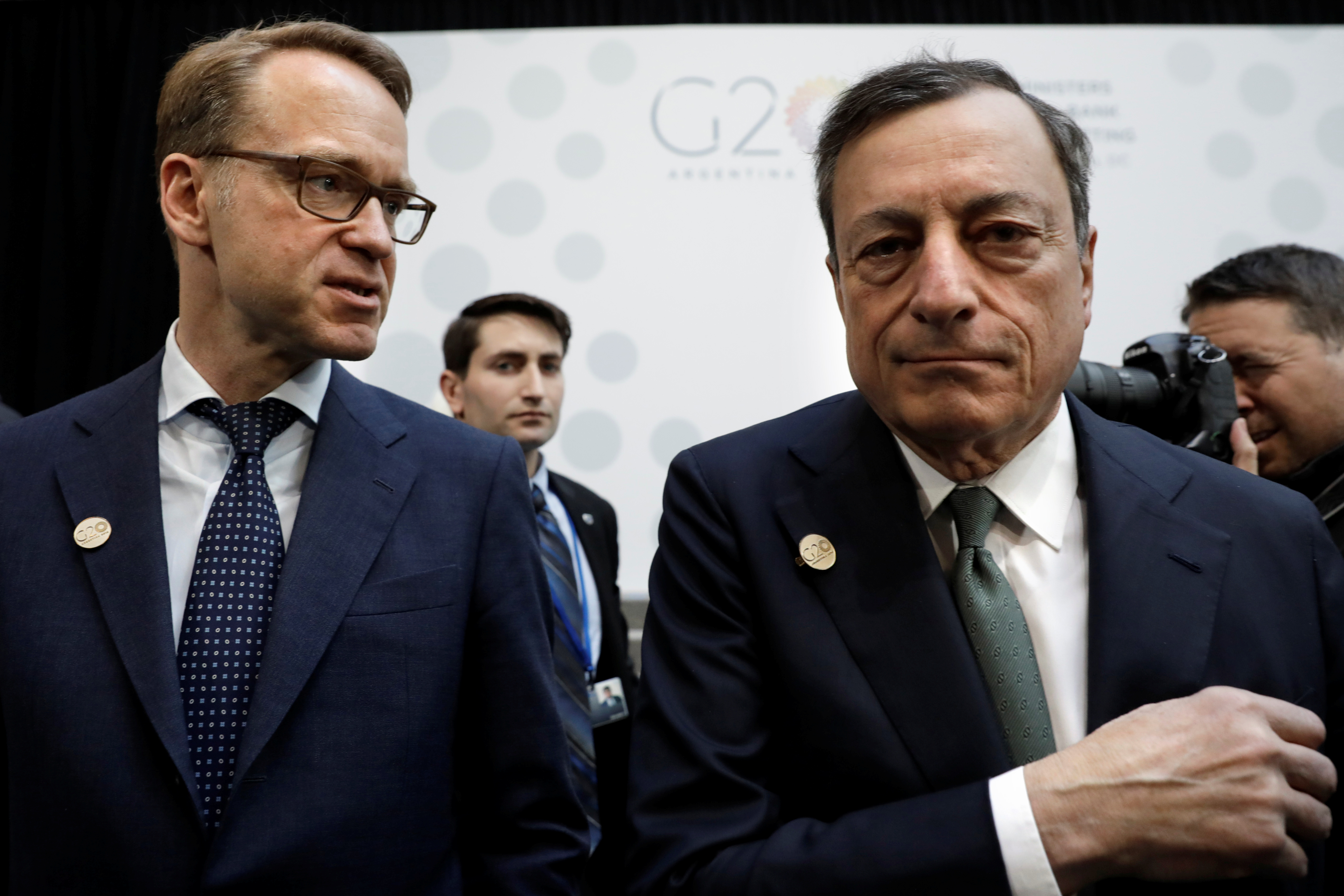 Europe’s biggest economy shrank in the second quarter as global trade tensions hurt export-orientated manufacturers. The problems will filter through to other sectors. That will lessen any Teutonic resistance to European Central Bank boss Mario Draghi’s planned monetary easing.

German GDP fell 0.1% in the second quarter compared with the previous three months, after a confirmed growth rate of 0.4% in the first three months of the year, the Federal Statistical Office said on Aug. 14.

“The development of foreign trade slowed down economic growth because exports recorded a stronger quarter-on-quarter decrease than imports,” the statistics office said.

Positive contributions came from domestic demand as household consumption, government expenditure and gross fixed capital formation increased. Construction declined in the second quarter, after the sector pushed up overall growth in the first three months due to an unusually mild winter.