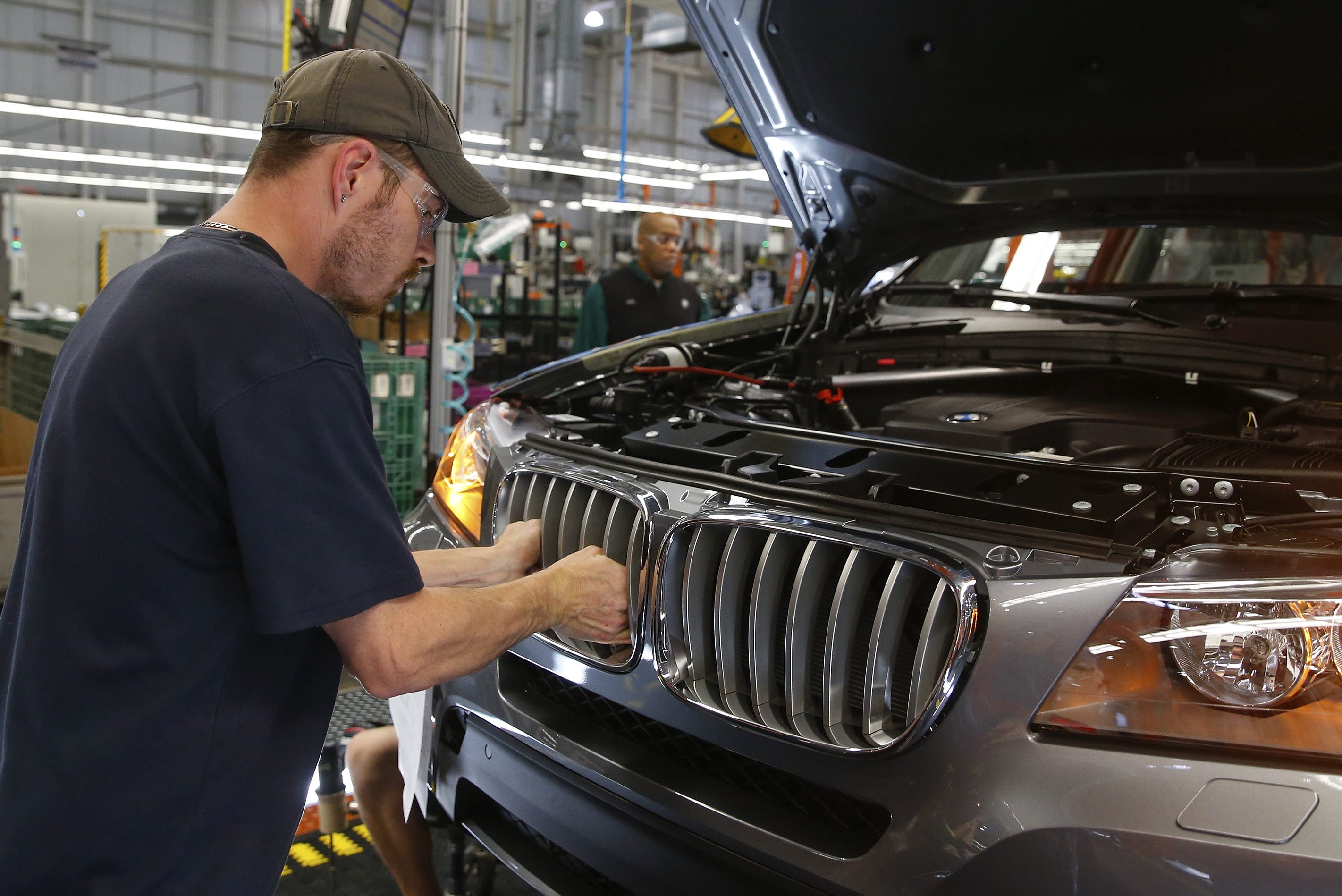 EU auto manufacturers are shutting factories and furloughing workers. Current liquidity buffers can keep them going on average for around five months, assuming sales evaporate. If a virus-induced lockdown drags on, Volkswagen and Daimler could be the first to face a cash crunch.

A BMW employee works to install the kidney grill on an X4 along the production line at the BMW manufacturing plant in Spartanburg, South Carolina March 28, 2014.

The chief executives of Volkswagen, BMW and Daimler held a crisis call with German Chancellor Angela Merkel on April 1 to discuss how to get the sector out of its current standstill, newspaper Handelsblatt reported on April 2.

The newspaper cited participants in the call as saying that carmakers were particularly concerned about the automakers’ supply chain.

The call came after Volkswagen Chief Executive Herbert Diess told German media that the company was spending about 2 billion euros a week and may have to cut jobs if the coronavirus crisis persists.