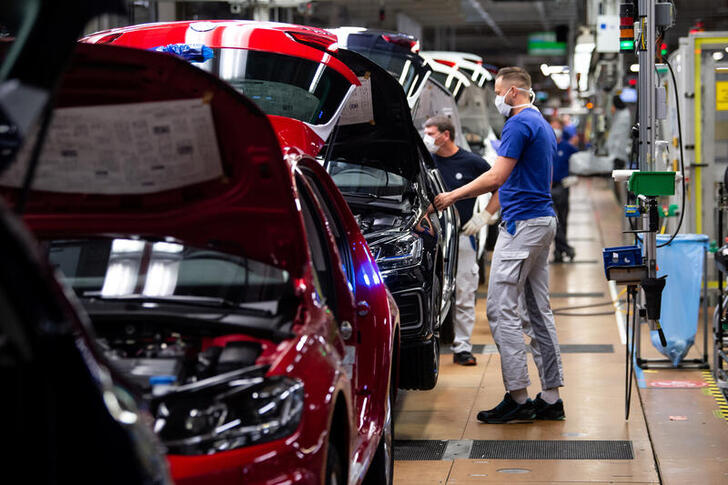 Germany’s big car bonus scheme looks too small. The government is considering incentives that would subsidise consumers buying around half as many cars as were sold last year. If the coronavirus has left drivers permanently wary, however, a bigger scheme will be needed to save jobs at the likes of Volkswagen and Daimler.

When the coronavirus struck, many economists assumed it would merely delay big-ticket purchases like cars. New wariness of buses and trains could also give four-wheeled transport a boost. Yet as Germany emerges from lockdown, there’s little sign that consumers are rushing to upgrade their rides. Though many car dealerships reopened in May, sales have failed to meaningfully recover from a three-fifths year-on-year decrease the previous month. Given the industry supports around 2.5 million German jobs and accounts for 38% of the country’s annual spending on research and development, the lack of demand is worrying.

Chancellor Angela Merkel is trying her best to help. The Ministry of Economics has proposed a buyer bonus scheme as part of a wider package to stimulate the economy post Covid-19, Reuters reported on May 31. Drivers would get a basic 2,500 euros subsidy on new cars, plus a bit more for low-emission and electric vehicles.

Government incentives have helped in the past. A cash-for-clunkers scheme launched after the global financial crisis in 2009 lifted new car registrations that year by nearly a quarter to 3.8 million. Demand fell back in 2010, but recovered above pre-crisis levels the following year, according to the German Association of the Automotive Industry.

The latest 5 billion euro plan is about the same amount the government spent a decade ago. It would apply to 2 million vehicles, more than half the 3.8 million car registrations in Germany last year. Yet if the pandemic has made car buyers more risk-averse, that incentive may not be sufficient. Shares in BMW, Volkswagen and Daimler all fell by between 2%-5% on Monday morning, suggesting investors think the measures don’t go far enough. Consumers could be merely biding their time. Faced with the prospect of longer-term economic damage, the government shouldn’t wait to find out.

A worker wears a protective mask at the Volkswagen assembly line after VW re-starts Europe's largest car factory after coronavirus shutdown in Wolfsburg, Germany, April 27, 2020, as the spread of the coronavirus disease (COVID-19) continues.

Germany’s Ministry of Economics has proposed a 5 billion euro car buyer bonus scheme as part of an impending stimulus package to boost the auto industry, Reuters reported on May 31 citing two people close to the matter.

The economy ministry’s plans foresee a basic premium of 2,500 euros per car, which would be topped up by 500 euros for fuel-efficient vehicles. Existing incentive programmes would be increased by 1,500 euros for electric cars and 750 euros for hybrids, according to Reuters.

Global car sales have slumped as production lines and showrooms shut in response to the coronavirus pandemic.